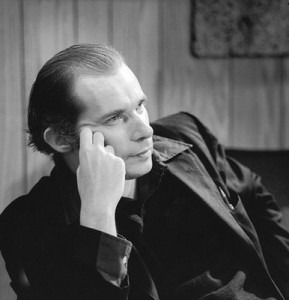 Brazilian children have a game called “wireless telephone”. Perhaps it is played all over the world, but this version is very simple: you sit next to each other in a circle and the first person whispers a message, a few sentences long, into the next person’s ear. That person in turn whispers it to the next person and so on until it reaches the last person, who repeats the message out loud. The fun of the game is that hardly ever is the final message even remotely similar to the initial one. Each one adds or forgets, so that the end-result is a collage of miscommunications. I mention this because my last article, on Nino Rota, sparked some very pleasant commentary from people close to me about the relationship between music and memory.

My girlfriend, a ballerina herself, pointed me to Jennifer Homans’s recently published book Apollo’s Angels, her comprehensive history of ballet. One of the many interesting points Homans makes in this fantastic book is how ballet is inherently ephemeral. Since its early days in the 17th Century people have tried to come up with an appropriate form of notation to document, categorise and preserve ballet’s steps. None has been successful thus far. How do you notate complex feet positions? Chains of movements where the dancer’s entire body must follow a musical sequence? As anyone who has ever looked at those footwork diagrams trying to teach dance can attest, it is hopeless. Photography and film have of course helped, but even so, to reduce a dancer’s ethereal grace into a two-dimensional image loses so much of its impact.


Ballet, therefore, is by its very nature a product of memory. It cannot be pinned down by objective documentation. It is like the “wireless telephone” game I played as a child; completely reliant on people’s subjective memories of it. One person watches a ballerina dance and tells another, who tells someone else, who might in turn teach a ballerina etc., each one adding and subtracting a step here or a hand movement there.

The disadvantage of this situation is obvious: each generation loses a great deal of the developments made by the previous one. We will never be able to know with certainty how ballet was danced in the court of Louis XIV or at the time of Tchaikovsky. There is, however, a corollary to this predicament which represents a salvation of the ballet: that it cannot be pinned down also makes it much harder to categorise and theorise upon. As attempts to codify, systematise and catalogue dance are bound to fail, it is much less likely for dance to become a historical file. It remains alive: perpetually re-inventing itself, certainly, but also dynamic and fresh.

Music, of course, has very effective forms of notation, which allow us to play pieces confident that the outcome is similar to what the composer envisaged, even if centuries ago (the development of period instrument ensembles in recent decades is also a welcome factor in this respect). Nevertheless, the success of musical notation also represents the danger of reducing music to symbols jotted down on paper. Its meaning comes not from the sheets but from the experience we have making and listening to it. The danger in documentation is the threat of rigidity: it becomes History and stops being music. Then musician-craftsmen try to “recollect” music – i.e. play it exactly like it is written down on the sheet. Ironically, this recollection is the main impediment to memory: music is no longer remembered, it is just replayed.

It goes without saying that notation is essential; we would not have music without it, but the counter-example of ballet shows the danger in static interpretation. The opposite is creative interpretation, fighting for Milan Kundera’s individualism (“the struggle of man against power is the struggle of memory against forgetting”): it is Glenn Gould’s reading of Bach, Pushkin’s play about Mozart… Gould, interestingly, has a fantastic composition called “So you want to write a fugue?”, written for a 1963 television programme The anatomy of the fugue, in which he dissects the history of the fugue and its construction in a funny and creative way: https://www.youtube.com/watch?v=N2JFgfc7c70&feature=related. Also worth watching, an interview with Gould about the composition: https://www.youtube.com/watch?v=5s4TKOaUZ7c.

As another one of my commentators reminded me, pieces such as these bring us back to the value of music beyond notation and catalogues: listening without any pretension or projection, simply for the piece.