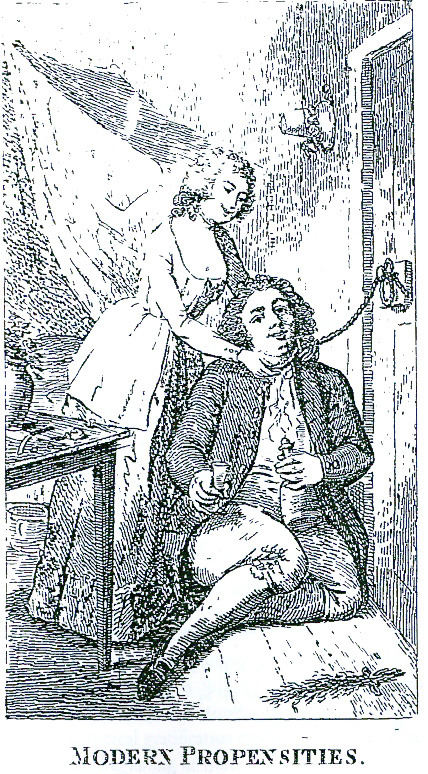 František Kočvara (1730-1791), who thankfully changed his spelling to Frantisek Kotzwara after settling in London, originally hailed from Bohemia. He was a talented performer, equally versed on the viola, double bass, piano, violin, cello, oboe, flute, bassoon and cittern. He busily traveled throughout Europe, performing with a great number of orchestras. Kotzwara also dabbled in composition, most famously in a genre called battle music.

Originating in Italy in the fifteenth century, battle music sought a close association with warfare, either in imitation or in celebration thereof. Clement Janequin, working between 1485 and 1558 produced the most famous example from the Renaissance with his four-voice La Bataille de Marignan, commemorating the engagement between the Imperial and French armies at Marignano near Milan. Franz Christoph Neubauer (1760-1795) musically encoded the Russian-Austrian victory over the Turks in 1789, and Ludwig van Beethoven Wellington’s Victory celebrated the defeat of the French army at the Battle of Vitoria in Spain. Tchaikovsky composed his “Battle of Poltava,” and Shostakovitch’s Seventh Symphony, subtitled “Leningrad,” is a musical portrayal of the German invasion of the Soviet Union. 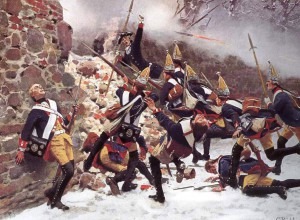 Kotzwara’s musical effort focused on the Battle of Prague, a 1757 conflict between Frederick the Great of Prussia and the Austrian Empire. Frederick was concentrating his forces towards Prague in hopes of wrestling the city away from Habsburg control. Although he was able to defeat the Austrian army, he nevertheless suffered heavy losses that made it impossible to take the city. Kotzwara’s musical recreation of 1788, originally written for piano, violin, cello and optional drums was immediately successful, and quickly arranged for full orchestra. It even transferred into the literary world, with both Jane Austen and Mark Twain referencing the composition.

If you think that Kotzwara’s music exerts a certain level of excitement, you will certainly agree that the manner of his passing warrants attention. You see, Frantisek was a man of the ladies. During his extensive travels throughout Europe, he frequently performed in the horizontal position in various brothels. Once he settled in London, his visits to various houses of disrepute gradually accelerated, and it was becoming increasingly difficult for him to achieve the kind of satisfaction he longed, and ultimately paid for. On a fateful day in September 1791, Kotzwara engaged the services of a prostitute named Susannah Hill. After a lovely dinner in her lodgings in Vine Street, Westminster, Kotzwara paid her two shillings and requested that she cut off his privates! Not wishing to dismember a future source of income, Hill refused. So Kotzwara had to come up with an alternative plan to “raise his passions.” He decided to tie one end of a rope around the doorknob, fastened the other end around his neck and proceeded to have sex with Ms. Hill. Trouble is, after all was said and done, he was dead, and he became one of the first recorded deaths from erotic asphyxiation. Hill was charged with murder and tried at the Old Bailey, but the death was ruled accidental and Hill was acquitted. The story was just too good to let die, however, so Hill published her memoirs along with a copy of the trial transcript in a 1797 pamphlet entitled “Modern Propensities, or an Essay on the Art of Strangling.” This pamphlet was rediscovered in 1984, and led to an extensive article published in the American Journal of Forensic Medicine and Pathology, entitled “The sticky end of Frantisek Koczwara.” Requiescat in pace!