‘We need to get out of our comfort zones’ 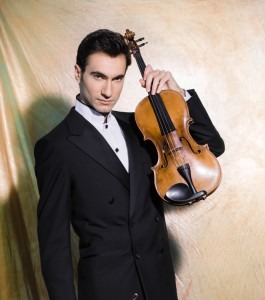 David Aaron Carpenter is a violist with a mission. As well as championing an instrument which unfortunately spends most of its time as the butt of the orchestra’s jokes, he is drawing together a career as rich and compelling as the warm sound of the bigger brother of the violin.

David started on the violin as a child, and then played the viola in tandem. He always played chamber music with Sean, his brother, and Lauren, his sister, both violinists. ‘I just took the role of the viola. I was playing on it more, and eventually I just gravitated towards it. I’m quite tall, so it fit my body shape well.’

It was while studying for a degree in Political Science and International Relations at Princeton that David stopped the violin, focusing his efforts entirely on the viola. Whilst still a student, he was accepted as a protégé in the prestigious Rolex Mentor and Protégé Arts Initiative, providing him with the opportunity to study with the world-famous Pinchas Zukerman. Such recognition is incredibly important, as in today’s competitive world young musicians need all the help they can get.

‘The problem today is PR – it’s difficult to make a mark with everyone trying to do the same thing. I’m blessed to have had such a great opportunity; no matter how you go about it it’s a tough business. 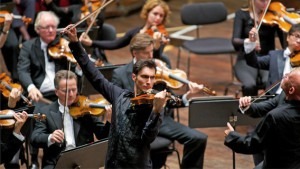 So, how can young musicians make their mark in a way that’s different from everyone else?

‘There’s something about being an entrepreneur that’s always appealed to me. It’s about not just going down one path. Students come to me to ask advice, and when they have a choice between study at a conservatory and liberal arts college I encourage them to take the latter.

‘If they go to music college I urge them to take extra curriculars. At an afterparty, talk to people from different worlds.’

And it’s this entrepreneurial spirit that drove David, along with his brother Sean, to enter into the market of dealing fine violins.

‘What separates us from other dealers is a certain knowledge of how the instruments work from the perspective of the performer – my brother was infatuated with how instruments worked since he was young – and I love tying together this art with our passion.’

‘I like having the ability to get out the bubble and approach music in a different way. You can only practise so much – if I do something else it’s not going to hurt my ability to get up and perform.

‘We need to get out our comfort zones, stop thinking ‘we’re musicians, we can only focus on one thing.’ I think it’s easy to see this on stage – we have to look for ways to engage our audience in a unique way.’

David Aaron Carpenter plays Suite No. 3 in C by Johann Sebastian Bach on a Stradivari viola.

Adding to his multifaceted career are the posts of Treasurer and Director of Artistic Planning of the Salomé Chamber Orchestra, a group of young musicians based in New York, and it’s clear to see David’s entrepreneurial drive infused within direction he wants the orchestra to take.

‘I wish we could have unlimited concerts, but it’s hard to organise these things, to liaise between venues, promoters, and musicians. Young musicians find it hard, as this kind of thing isn’t inherently a profitable endeavour. There has to be a paradigm shift – a way to bring the viewers in. A performance has to be invigorated with excitement, or else we’ll lose the crowds elsewhere.

‘As much as some people want to think otherwise, we’re still entertainers, and this should come first.’