Artists Behind the scenes
The Dangers of being a Musical Prodigy
Lang Guoren: Ordering his son to commit suicide
by Georg Predota September 17th, 2017 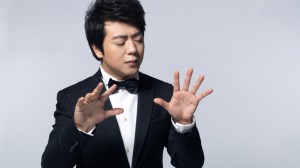 Lang Lang is arguably the most famous Chinese pianist of all time. He certainly is a cultural icon with the popularity and charisma of many leading rock musicians. Yet the path to this kind of superstardom came at a steep price. An insanely driven father, who at one point ordered his son to kill himself over a career setback, psychologically abused the boy over a long period of time! Lang Lang displayed amazing musical talents at a very early age. Hearing a passage from one of Liszt’s Hungarian Rhapsodies in a Tom and Jerry cartoon, Lang Lang started piano lessons at age 3. And his father Lang Guoren started to pull the strings. Growing up in Shenyang, he decided to take the boy to Beijing at the tender age of 8 to study at the Central Conservatory of Music. Father and son would be financially supported by his mother’s telephone-operator salary, and they lived in an unheated room sharing a single bed. Filled with rats that ate his musical scores, the room was an hour’s bicycle ride from the school, and the pair made endless trips for lessons with a pre-admission teacher who had nothing good to say about Lang Lang’s playing.

Clearly, it was simply a matter of Lang Lang not having practiced hard enough! When this teacher finally rejected Lang Lang, his father ordered him to jump off the balcony or take an overdose of pills. Instead, Lang Lang tried to destroy his hands by punching the walls, screaming, “I hate my hands. I hate you. I hate the piano.” Though restrained by his father, he refused to touch the piano for weeks. The abuse continued unabated after Lang Lang entered the Curtis Institute of Music. His father, described as “uber-dominant” attended all of his son’s lessons, and coached him on his increasingly bizarre stage mannerisms. Robert Fitzpatrick, Dean at Curtis recently said, “The problem wasn’t his attitude but the tone he set for other parents. We’ve made it clear, we’ve posted signs, that parents are welcome in our building but not upstairs in the studios or in rehearsals unless specifically invited by a faculty member. … They want to protect their own children, but they also spy on others to compare talents.” Quite possible, Lang Lang’s biggest triumph is not superstardom, but the fact that he managed to overcome decades of parental abuse!