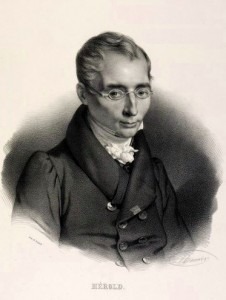 In looking over Jules Verne’s masterpiece of the science-fiction submarine novel, 20,000 Leagues under the Sea, we came upon a passage that we didn’t remember. The Scientist, Professor Aronnax, is being shown around the Nautilus by Captain Nemo and after admiring the library, the natural history collection, the old master paintings, we come upon the music collection:

“What about these composers?” I said, pointing to sheet music by Weber, Rossini, Mozart, Beethoven, Haydn, Meyerbeer, Hérold, Wagner, Auber, Gounod, Victor Massé, and a number of others scattered over a full size piano–organ, which occupied one of the wall panels in this lounge.

“These composers,” Captain Nemo answered me, “are the contemporaries of Orpheus, because in the annals of the dead, all chronological differences fade; and I’m dead, professor, quite as dead as those friends of yours sleeping six feet under!”

Verne’s 1870 novel, initially serialized from March 1869-June 1870, has become one of the era’s leading adventure novels and is considered one of Verne’s greatest works. In looking at the list, we have the ‘international’ composers of the day: Weber, Rossini, Mozart, Beethoven, Haydn, Meyerbeer, and Wagner, but then a couple of composers representing the France of Verne’s day: Hérold, Auber, Gounod, Victor Massé.

Ferdinand Hérold was an opera composer (1791-1833) best known for his ballet La fille mal gardée, and the opera Zampa. His works for piano made his name first before his opera career took off. 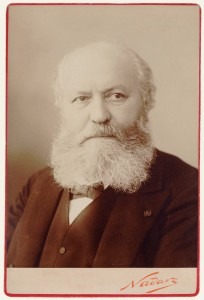 His contemporary, Daniel François Esprit Auber (1782-1871), made his name working with the librettist Eugène Scribe on a number of operas, including La muette de Portici.

Gounod: Roméo and Juliette: Overture (Toulouse Capitol Orchestra; Michel Plasson, cond.)
And that leaves us with the least familiar name on the list: Victor Massé (1822-1884). He was yet another opera composer, best known for his comic opera Les noces de Jeannette, who, in the 1870s setting of the novel, still had some of his best work ahead of him.

He knew the composers of his day, including ones that were still alive and producing music for the stage. Of the non-French composers, all of them, with the exception of Beethoven (who only had one opera in his repertoire) were well-known opera composers. Haydn had one opera in his repertoire that would have appealed to Verne: his 1777 Il mondo della luna (The World on the Moon), one of the earliest examples of science fiction in 18th century opera.

Haydn: Il mondo della luna, Hob.XXVIII:7: Sinfonia (Czech Chamber Philharmonic Orchestra, Pardubice; Michael Halász, cond.)
That the music was found on Captain Nemo’s ‘piano-organ’ leaves us with a bit of a puzzle as to what the instrument might have been – later in the novel it’s described simples as an ‘organ.’ Nonetheless, through the novel we are left with the impression of an accomplished player who could tackle the leading operatic works via the keyboard. Now if we could only get a bit of contemporary music into modern sci-fi novels……