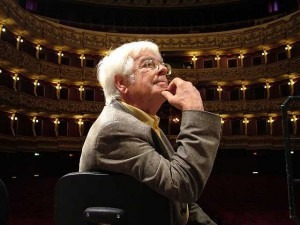 Audiences regard the maestro with awe. Their god-like stance on the podium and their mesmerizing control over the musicians is the stuff of legend. Those ruthless dictators are beyond reproach, known for their demanding rehearsal techniques and brusque manner. But surely it is intimidating to stand before one hundred or so (sometimes hostile) musicians. Within one upbeat the performers size them up. Although their stance in front of the orchestra seems so majestic and commanding, they too have their foibles.

One of our beloved guest conductors, Helmut Rilling, is one of the world’s preeminent interpreters of Bach and the choral repertoire. We performed an unforgettable Bach B minor Mass with him. A diminutive man with a mild manner, he is unassuming off the podium and a bit absent-minded. I remember a Messiah performance at the Saint Paul Cathedral – a massive, ornate rotunda of marble and wood, adorned by stunning stained glass windows and oil paintings. The performance was packed. The first half of the concert went splendidly with gorgeous vocal solos and stylistically authentic string playing – not too much vibrato!

We adjourned to the sacristy for the intermission. The few restrooms and a large chorus room were downstairs. I hesitated to venture down to the cavernous space – a maze of dark hallways and low-ceilinged rooms.

We took our places onstage after intermission. The soloists made their entrance. The audience was hushed as we waited in anticipation for the maestro to enter. We waited. And we waited. And we waited. Suddenly, an usher rushed to the Priest who was sitting in the sixth row. A hasty whispered exchange ensued. The Priest jumped to his feet and rushed out. I wondered if someone needed last rites. Finally, a sheepish Rilling made his entrance onto the stage. The show could go on at last. We gossiped about what had happened. Why did he look so disconcerted and downright distracted? Apparently, during intermission, Rilling had wandered around downstairs and somehow he was locked in the catacombs, trapped among the coffins. He had to wait for the clerical search and rescue team for liberation. It would have been rude to proceed with the concert without him! 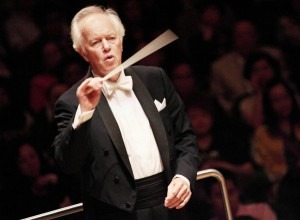 We were lucky enough several years ago, to escape Minnesota weather in February for a tour of Florida. Edo de Waart, was our music director at the time. He was very demanding and oftentimes temperamental. One of the concert halls was adorned with tall plants and potted trees onstage. We were to perform the famous Mahler First Symphony, which begins as if from afar – very quietly with solitary A’s in the strings. During the rehearsal, a buzzing sound could be heard. Edo stopped the music. It was impossible to achieve the ethereal effect required by Mahler with this annoying high-pitched sound. Edo shouted for the stage managers, fuming impatiently. Where on earth was that sound coming from? Everyone scrambled. The tech team fiddled with the sound system. They checked backstage. They climbed up the catwalk to check the stage lights. Surely the lights were emitting this hum? Nothing seemed to stop this sound, which became more and more annoying to Edo as the minutes ticked by. He was on the verge of losing his temper, when a burly man in overalls deliberately walked onto the stage, lifted the plants and strode away with them. The buzzing stopped. In Florida cicadas can be noisy. 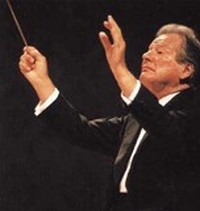 Minnesota has ties to many Scandinavian countries. One season we presented a festival entitled Scandinavia Today. The program was designed to feature several opera stars from Scandinavia including Håkan Hagegård, Swedish baritone, Martti Talvela, Finnish operatic bass, Birgit Nilsson, Swedish Wagnerian soprano and Judith Blegen, lyric coloratura soprano of Norwegian heritage. Our music director Sir Neville Marriner engaged each performer in a few moments of witty banter before they performed. The program was televised live Internationally, as the royals and heads of state of each of the Scandinavian countries were in attendance.

Birgitt Nilsson was quite the diva. She had many honors to her credit including several medals, which adorned her colossal chest, an asset for singing Wagnerian roles. When it came time to converse with Nilsson, Neville wanted to discuss Nilsson’s medals. Without any compunction, (or perhaps he didn’t realize just what he implied) he pointed directly at her ample bosom and said “And what are these two rather large ones?” She immediately countered, “ I have two more at home!”

Sir Neville had a talent for quick quips. Neville’s wife Molly had admired my leather bound date book. For Christmas that year I purchased one for her. After a rehearsal, I presented the gift to Neville. We were standing in the hallway just outside the door to the ladies dressing room. Neville attempted to reimburse me for the lovely diary. Just as he pulled out a fifty-dollar bill, two female orchestra members emerged from the dressing room. Without missing a beat Neville quipped, “ And thank you for a wonderful time!”

There are many more memorable incidents and music making of course. Stay In Tune for stories involving audiences, musicians and of course, maestros.