50 days after the Resurrection of Christ, the Holy Ghost descended upon the Apostles. The biblical narrative states, “And suddenly there came a sound from heaven as of a rushing mighty wind, and it filled all the house where they were sitting. And there appeared unto them cloven tongues like as of fire, and it sat upon each of them. And they were all filled with the Holy Spirit, and began to speak with other languages, as the Spirit gave them utterance.” Pentecoast (The fiftieth day), as this feast had been known since ancient times, became the “Birthday of the Church” in the Christian tradition. Tomás Luis de Victoria (1548-1610), the most significant Spanish composer of his time, was deeply devoted to the Catholic Church and became one of the leading musical figures of the Counter Reformation. Victoria’s five-part Pentecostal setting, first published in Venice in 1572, skillfully portrays the “sound from heaven as of a mighty rushing wind.”

The Lutheran church of the Baroque observed three days of Pentecost, and Johann Sebastian Bach composed several cantatas for these feast days. His setting of “Also hat Gott die Welt geliebt (God so loved the world) was first performed on the second day of Pentecost on 21 May 1725. Based on a text by the German poet and writer Christiana Mariana von Ziegler, Bach’s musical setting unfolds in five movements. The opening chorale fantasia — embellishing a hymn melody by Gottfried Vopelius — prefaces a recitative and two arias that actually originate from his secular Hunting Cantata of 1713. The concluding movement is not merely a simple four-part chorale, but unfolds as a motet conveying a verse from the Gospel of John. 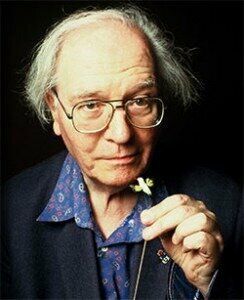 At the tender age of 12, Wolfgang Amadeus Mozart composed the Pentecostal motet Veni Sancte Spiritus (Come, Holy Spirit). On one hand it was written for the dedication of a chapel on Rennweg Street, in Vienna. On the other, it served as a compositional exercise in preparation for his Missa Brevis K. 49. Scored for mixed choir, orchestra and organ, the text follows the Pentecostal antiphon and is musically structured in two parts. The text of the antiphon is cast as an exuberant choral setting, occasionally punctuated by two solo voices. And the extended setting of the “Alleluia,” which is frequently performed independently, provides the delightful and light-hearted conclusion.

Olivier Messiaen composed his Messe de la Pentecôte (Pentecost Mass) between 1949 and 1950. According to the composer, this organ mass is “based on twenty years of improvisation.” Each movement explores different aspects of the mystery of the Feast of the Holy Spirit. The Communion setting entitled “The birds and the springs” unfolds in three clearly delineated sections. Nature is ever-present as various birds and the song of the nightingale appear in the first. Section two makes reference to the rainforest, with the sounds of water droplets accompanied by a menagerie of bird song. The concluding section is an ecstatic, yet almost naïve love song to God.

Music specifically composed for the feast days of Pentecost range from settings by Heinrich Isaac and Gottfried Heinrich Stölzel to Gustav Mahler, to name only a selected few. In addition, the surprisingly large number of contemporary musical settings is undoubtedly tied to the emergence of Pentecostalism in the early 20th century.