Artists Behind the scenes
Lufthansa Festival
by William Cole May 4th, 2014 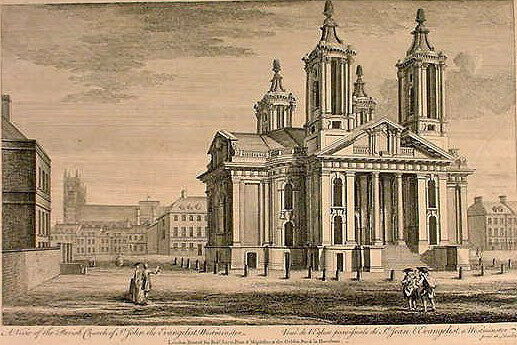 In May, a corner of London just south-east of Victoria Station will spend a week ringing to the sound of some of the world’s finest baroque musicians. The Lufthansa Festival celebrates its 30th birthday this year, and there are other historical landmarks to be recognised too – it is the 300th anniversary of the founding of the festival’s home, St John’s Smith Square, and also 300 years since Queen Anne of Great Britain, passed away. Since according to the 1701 Act of Settlement the throne could not at that time be held by a Roman Catholic, it passed to middle-aged prince from Hanover who couldn’t even speak English.

Nevertheless, the ensuing Georgian Age lasted for over a century, and was a time of great economic and political stability under the new King George I. This accession was particularly useful for a composer who had made a similar move from Germany to England some years earlier, George Frederic Handel. Handel had been one of George’s court composers in Hanover, and continued to write major works for the royal court such as his four Coronation Anthems, including Zadok the Priest, written for George II. British music flourished under the Georgian kings. A new middle class had money to spend, and for the first time live music was available to everyone in ticketed concerts, not just in the homes of the wealthy. 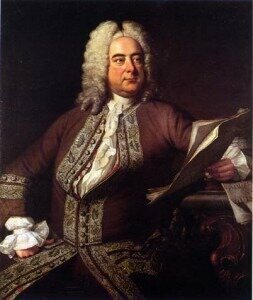 The Lufthansa Festival offers a fascinating mix of music to bring to life this complex period in history at St John’s Smith Square and Westminster Abbey at St Peter’s Eaton Square. The Sixteen conducted by Harry Christophers will perform Handel’s four Coronation anthems, and the Choir of Westminster Abbey offer works that Handel wrote to commemorate the Birthday of Queen Anne and the victory of the British Army, led by George II, at the Battle of Dettingen in 1743. At the end of the festival the NDR Choir of Hamburg and the orchestra of the Göttingen Handel-Festival will perform Handel’s oratorio Joshua under Laurence Cummings.

But it’s not all trumpets and drums – as well as these big occasions, the festival plays host to a number of fascinating smaller events, such as Dorothee Oberlinger’s exploration of music written for the number of amateur recorder players in Georgian England, or L’Avventura London’s presentation of the sound of London’s theatres in 1714, in which soprano Mary Bevan and tenor Anthony Gregory will sing opera arias, theatre songs and ballads to give audiences a taste of the bewildering mix of music on offer during that period. Add in tours of the St John’s Smith Square and the Foundling Museum, and the Lufthansa Lecture from founding Artistic Director Tess Knighton, and you begin to have what to me looks like almost an ideal festival: mixing the familiar and the unusual, offering entertainment and learning, engaging with venues and presenting a historical period with depth and insight, all buttressed by a generous commercial sponsor.

The 2014 Lufthansa Festival promises to be a richly rewarding event. For me it also raises the issue of the role of festivals in the classical music calendar. There are of course the major annual fixtures – the BBC Proms, Verbier, Salzburg and so on. There are also of course hundreds of superb performances in concert halls and opera houses across the world every year. But it is the smaller festivals such as Lufthansa, with their more focused gaze and often in smaller and more characterful venues, which frequently seem to present programmes that offer more than the sum of their parts. If classical music wants to engage a new audience, a combination of inspiring architecture, historical substance and world-class performances seems like one way to do it. Bravo, Lufthansa!

The Lufthansa Festival takes place from 16th – 24th May in London.