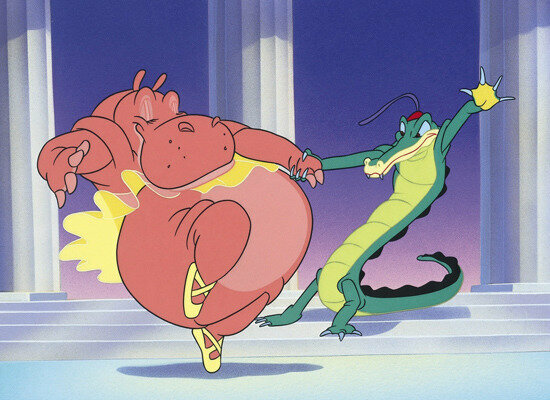 It’s always a surprise when Pop and Classical music overlap. We already looked at Pop singers taking on the Classical repertoire, often with a lamentable result. But, if we look at the influence moving in the other direction, where Pop music takes its cues from Classical works, the result can be good for both parties.

The Russian composer Alexander Borodin (1833-1887) made a surprising hit in 1953 (66 years after his death) in the Broadway musical Kismet. Many of Borodin’s works were used as the basis for the hit musical and two songs became pop hits. The song “Stranger in Paradise” was based on a theme from the Polovtsian Dances section from Borodin’s final, incomplete opera Prince Igor.

Following that song in Kismet was the much lighter “Baubles, Bangles, and Beads,” based on the second movement of Borodin’s String Quartet no. 2.

All in all, 9 different works of Borodin’s served as the source material in Kismet. And it resulted in 3 Tony Awards for Best Musical, Best Performance by a Leading Actor in a Music, and Best Conductor/Musical Director for Kismet.

Jazz-band leader Tommy Dorsey created his Song of India from material from Rimsky-Korsakov’s opera Sadko. In scene 4 of the opera, 3 visiting merchants, a Viking, A Venetian, and an Indian, sing of their homes and it is the Indian merchant’s song that Tommy Dorsey found inspirational. 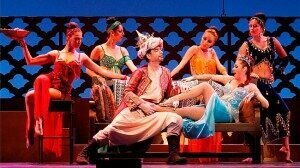 Amicare Ponchielli’s 1876 opera La Gioconda is best known outside operatic circles for its Act 3 ballet, the ‘Dance of the Hours.’ Originally depicting the hours of the day through dance, this melody was taken up by Disney in 1940 and made into a dance for ostriches en point, bubble-blowing elephants, floating hippos, and sinuous alligators. The other thing that Disney also took over is that this is still a dance depicting the hours, from sunrise, when the ostriches wake up, to sunset when the alligators duel it out, in pas de deux, with the hippos.

Fantasia: Dance of the Hours

American comedian Allan Sherman took this same work in 1963 and brilliantly transformed it into a dutiful letter from camp in “Hello Muddah, Hello Faddah (A Letter from Camp)” where the intrepid camper describes the things that are happening and all the things they’ll do “…if it stops raining.” The novelty song made it to No. 2 on the Billboard Hot 100 List for August 1963 and won a Grammy Award for Comedy.

These are just a few of the wonders of Classical music that come into the Pop field – keep an ear out for a bit of Mozart in Evanascence’s “Lacrymosa” or a bit of Grieg in the metal band Kamelot’s “Forever.” Classical music is more places than you might think!