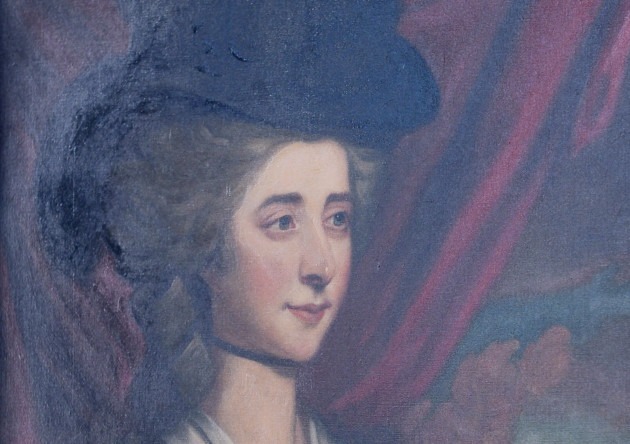 After Esther Burney died of cancer in September 1762, Charles Burney remained a widower for five years. The reason it took him so long to remarry and find a new mother for his six children was because Elizabeth Allen turned down his marriage proposal in 1764. The widow of Stephen Allen, a wealthy merchant from King’s Lynn, Elisabeth had been left a fortune. It was therefore hardly surprising that everybody regarded Burney as a shameless fortune hunter. Despite severe reservations from Mrs. Allen’s family, the courtship continued in secret. “After much mystery and intrigue,” according to Burney, they decided to elope for a secret wedding followed by a short honeymoon in October 1767. Although everybody suspected that some kind of relationship was in the making, the happy occasion took place without the knowledge of her family, or of his children.

Frances Burney, for one, was not thrilled. In her Memoirs, she praises her stepmother’s “beauty, wit and hospitality,” and apparently forgave her father for his infidelity towards Esther’s memory. “Mrs. Allen saw him with daily increasing interest, Mr. Burney was not less moved by her commiseration, nor less penetrated by her sympathy; and insensibly he became solaced, while involuntarily she grew grateful, upon observing her rising influence over his spirits. To the tender sentiments of her heart, the avenues are as infinite for entrance as they are difficult for escape; but there are none so direct, and, consequently, none so common, as those through whose gentle mazes soft pity encounters soothing sensibility.” As has been observed elsewhere, Frances uses very stiff public language and a soft alliteration amounting to a sexual pun—I am sure you caught the reference to her “rising influence!” We also need to remember that Frances wrote her Memoirs at age eighty! One can only imagine what the fifteen-year-old Frances must have felt when her father ran off with an unwelcome stepmother, and then brought this rival to the memory of her mother into the family.

Adjusting to this new reality, especially when new siblings were already on their way, proved to be rather difficult. Frances’s older sister Esther abruptly departed from her stepmother’s jurisdiction by marrying her abusive cousin, the harpsichordist Charles Rousseau Burney. In fact, a number of Burney children would eventually end up in rather dubious relationships. Susanna married the tyrant and bully Molesworth Phillips, while Charlotte’s husband Ralph Broome was prone to uncontrollable fits of rage. It has been suggested that the Burney’s were not particularly adept in dealing with hostility. When confronted by excessive emotions or aggression, they preferred to take evasive action. James Burney, for example, was habitually abused by his wife, and left her twice before running away with for good. Frances married the French military officer Alexandre d’Arblay in her forties, and was essentially kept prisoner by her husband in Paris for ten years under the rule of Napoleon.

But there were other complications as well. Maria Allen, sixteen at the time of her mother’s marriage, fell in love with her stepfather! Her mother, by some accounts a jealous and vindictive person at the best of times, took no prisoners in sorting out the situation. Maria was sent to the Continent where she conducted a courtship with Martin Folkes Rishton, against the wishes of both families. She secretly married Rishton, and returned back to England pretending to be single. It was Frances, to the horror of the entire family, who delighted in making the deception public. Things hardly improved with the arrival of two additional children from the new Burney union. Frances described Richard as “gay, spiritual, comique, et beau comme un Ange,” and Sarah Harriet, who became a respected novelist in her own right, turned out to be an exceedingly difficult child who brought disgrace and shame to the family by running away with her half brother James. And so the family stumbled on, through the trials and tribulations of the everyday. But there were always music and literature in the house, as someone would always be practicing the violin or harpsichord. They would constantly read diary entries to each other, or communicate in a code-language that only the family could understand. Seemingly, music and literature provided the social glue to draw a bunch of extremely colorful characters together as a family.