Blog
Gilbert and Gewandhaus – and so many singers
by Oliver Pashley September 29th, 2014 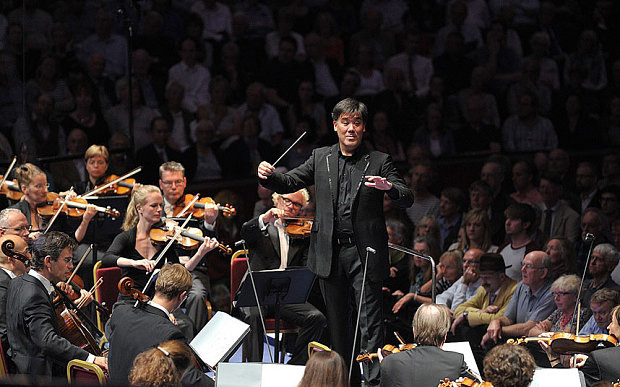 Alan Gilbert and the Leipzig Gewandhaus Orchestra at the Proms
Credit: BBC

I love the Proms. Despite the fact that everyone always seems to be ill. Always. Of course there’ll be the odd cough in the quiet bits like at any concert, but in between movements is when the army of splutterers makes its true appearance, a wave of throat-clearing breaking around the bowels of the Royal Albert Hall. So much more special, then, are the moments when everyone shuts up.

What do you pair with Beethoven’s Ninth Symphony? It’s one of the most formidable, awe-inspiring, grand, generally fantastic pieces of music – so instead of trying to compete with it, the rest of the programme (just one piece) was formed of Friedrich Cerha’s 2010 work Paraphrase on the Opening of Beethoven’s Symphony No. 9, a piece that took its inspiration from Beethoven’s great work, thus making it a homage to the Ninth Symphony, instead of something directly competing for our attention. This was a wise move; putting a totally unrelated ten-minute piece next to Beethoven’s sixty would pale it in comparison, like offering someone a Mars Bar right before a full roast dinner.

With this said, it’s hard to tell if it worked or not. It was possible to detect the opening motif of Beethoven 9 in the opening of Cerha’s piece, the falling fourth idea brought into the twentieth century over a backdrop of Schoenberg-esque harmonies, but whilst the Gewandhaus’s performance evoked all the colours of the piece’s atmospheric opening and close, it felt like the pacing of the Paraphrase itself left some prommers a little restless. (Or maybe it’s just because we knew what lay in store at the end of the work…)

Right from the opening, the Leipzig players threw themselves into Beethoven’s stormy first movement. Gilbert conducted the second movement with total poise, a clear and precise right hand bringing out the sparkling, ethereal character of the Scherzo. Similarly, the slow movement was controlled and classy, making us all forget about our aching lower backs and wobbly knees from the prolonged standing. 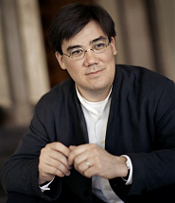 It was the during final movement when the performance somehow stepped up yet another gear. Even the sheer act of the massed choirs standing up was enough to send chills down your spine, the fact that you had such a ridiculous number of people (about 300) facing you ready to belt out the Ode to Joy only making you want it more.

Beautiful solos from singers Christina Landshamer, Gerhild Romberger, Steve Davislim, and Dmitry Belosselskiy framed the articulate interjections from the chorus, possibly the most in-time singing en masse I’ve ever heard. The energy continued to build, and the silence in between the sections is testament to the tension Gilbert and his musicians forged; not a sneeze in sight.

The five bows that Gilbert and his colleagues shared is evidence enough of how much this concert was enjoyed. Of course, it’s impossible not to be moved by a performance of Beethoven 9 given its grand scale, but Gilbert ensured that our attention was held throughout. It’s easy to let the big sections play themselves, but the commitment of every single player and singer took it onto a different plane. What the audience took away from the atmosphere in coughs they more than made up for in thunderous applause.