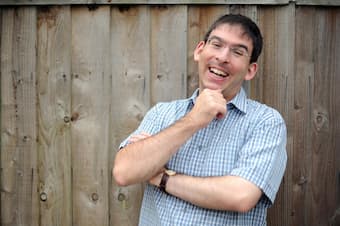 The bustling English seaside town of Weymouth, which enjoyed its heyday in the late eighteenth and nineteenth centuries after King George III visited the town to partake in the health-giving properties of “sea dipping”, is not the most obvious location for a thriving classical music series. Just across the esplanade from the church where the concerts take place is a noisy, brash funfair – a far cry from the rarefied atmosphere of, say, London’s Wigmore Hall!

Yet the Weymouth Lunchtime Chamber Concerts (WLCC) series offers audiences classical music of the highest quality, certainly on a par with Wigmore Hall concerts, in performances by some of the best young and established artists in imaginative and varied programmes, often combining much-loved classical favourites with lesser-known repertoire.

Founded in 2002 by concert pianist Duncan Honeybourne, who was familiar with the concept of lunchtime chamber concerts through his own performing and touring, the aim of the series was to bring regular high quality lunchtime concerts to his own corner of Dorset – the seaside town of Weymouth. Duncan was also keen to establish a platform for chamber music partnerships with friends, to invite friends and colleagues to explore the area, to promote young artists and to try out his own solo programmes.


Over the course of twenty years, the series has become a well-established part of Weymouth and south-west Dorset’s cultural life, and, under Duncan Honeybourne’s vision, has built a very loyal audience willing to trust his artistic judgement and give unusual repertoire a hearing as part of a regular series.

I abhor the snobbery, elitism and exclusivity which so often attaches itself to classical music. I wanted to create a cosy, welcoming and all-embracing atmosphere, and always to present the music in such a way as everyone felt comfortable, involved and valued. The artists almost always talk to the audience, telling them their own feelings about the works. I’ve always been passionate that you don’t have to have any kind of background in music to get something out of it. – Duncan Honeybourne, pianist & artistic director

Ticket prices are kept low so that cost is not a bar to encouraging people to attend the concerts (and this part of south-west Dorset is not wealthy). The series receives no additional funding or sponsorship, and all artist fees and other costs are covered by ticket revenue.

The other key objective of the series is to support young talent, and each season features concerts by recent graduates or young musicians at the start of their professional careers. This gives them hugely valuable performance experience in a friendly, supportive setting with an enthusiastic, uncritical audience.

In 2019, Frances Wilson (who writes for this site and also under the pen name ‘The Cross-Eyed Pianist’) took over as Concerts Manager, supporting Duncan Honeybourne in developing the series and marketing it more energetically to the local community and beyond.

The pandemic created challenges for WLCC, as it did for so many other musicians and arts organisations, but the series quickly adapted to the challenging situation. Duncan and Frances were determined to present some concerts in 2020 and 2021, despite government restrictions, and in order to manage social distancing within the venue while also drawing a reasonably good audience, the usual single lunchtime concert was replaced by two shorter concerts. Both artists and audiences responded enthusiastically to the new way of doing things and it was a mark of how much people had missed live music that the first socially distanced concerts by WLCC sold out in a matter of a few days.

Despite the challenges of the last 20 months, the series goes from strength to strength and the 2021/22 “20th anniversary” season of WLCC launched in September 2021 with a performance by renowned pianist, pedagogue and writer Penelope Roskell in a wonderful concert of favourites by Bach, Chopin and Schubert. The new season’s concerts have a special focus on the piano – as both a solo and chamber instrument with performances by a young piano quartet, violin and piano and violin and cello duos, and a piano 4-hands duo – and artists include acclaimed pianists Margaret Fingerhut, John Humphreys and Alan Schiller, cellist Ulrich Heinen, and violinist Peter Fisher. Duncan Honeybourne will give a special twentieth anniversary concert at the close of the season in July 2022.

For more information, please visit the official website of WLCC