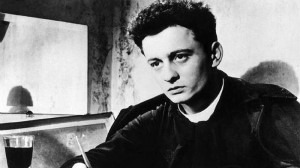 The French poet, novelist, dramatist, designer, boxing manager, playwright and filmmaker Jean Cocteau magnanimously announced in 1918, that his principal goal was the elimination of all foreign and specifically German elements from French music and culture. In addition, French music “was to free itself not only from the vapors of Debussy and Mallarmé, but also escape the Russian trap.” To that end, Cocteau became the unofficial spokesman for a group of six composers, who in turn had taken their musical inspirations from the music hall, the cabaret and the circus in order to emphasize directness, simplicity, clarity and humor. “Les Six,” comprising George Auric, Louis Durey, Arthur Honegger, Darius Milhaud, Francis Poulenc and Germaine Tailleferre, took their name as the result of an article published by Henri Collet in Comoedia in January 1920, entitled, “The Russian Five, French Six and Mister Satie.” Collet’s reference to the Russian Five — Mussorgsky, Balakirev, Cui, Rimsky-Korsakov and Borodin — in proclaiming a French Six was fundamental to Cocteau’s chauvinistic pronouncements, and the group made their debut with music for Cocteau’s play The Marriage on the Eiffel Tower, which vacillated between irreverence and incomprehensibility. 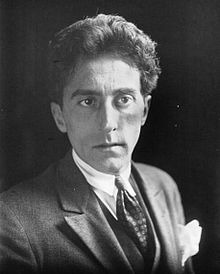 If Jean Cocteau was the group’s spokesperson, Eric Satie — also mentioned in Collet’s article — was their undisputed spiritual leader. Satie had spent well over a decade of his life thumping the piano in smoke-filled Parisian café-concerts and he steadfastly maintained, “there simply must be no slavery in art. I have tried to throw followers off the scent by both the form and content of each new work.” And Satie practiced what he preached! His Three Pieces in the Shape of a Pear not merely counter Debussy’s “lack of form” but also amalgamate popular musical styles under a deliberately mystifying overall title. By adding four highly ironic rhetorical subtitles, Satie recreates the disjunct and swiftly changing mood of the café-concert and the cabaret. Among “Les Six,” nobody sensed the spirit of the cabaret and the age of Toulouse-Lautrec more innately than Francis Poulenc (1899-1963), who showed a capacity to incorporate the pertness and effrontery of the music hall in the most surprising contexts. Dubbed “half bad-boy, half monk” by the Parisian Press, Poulenc remained remarkably loyal to the premise of Cocteau’s manifesto. As such, it is hardly surprising to find elements of the music hall and the circus combing with the religious devotion of his maturity in one of his last compositions, the Sonata for clarinet and piano (FP 184), completed in 1962. The work is dedicated to the memory of his old “Les Six” friend Arthur Honegger, and was commissioned by the American jazz musician, clarinetist and bandleader Benny Goodman, who frequently forayed into classical music. The premier performance was to feature Goodman accompanied by the composer. 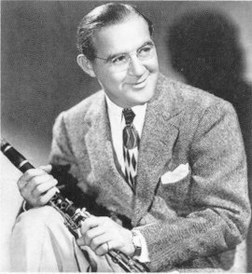 However, Poulenc suddenly died of a heart attack on 30 January 1963 before the composition was actually published. A music editor was charged with providing the final touches and the work premiered at Carnegie Hall on 10 April 1963, with Leonard Bernstein taking the piano part. Although everybody bemoaned the passing of what Ned Rorem called “ the inheritor of Ravel’s mantle, and the best of what remained in musical France,” the music critic for the New York Times, Harold C. Schonberg was clearly unable to come to terms with Poulenc’s direct manner of juxtaposing the sentimental, melancholic and religious — sentiments that dominate the opening two movements — with the ironic, witty and “delightfully clownish tune,” which prominently features in the Finale movement. He writes, “Poulenc was not a great composer, for his emotional range was too restricted…Weakest of the three movements is the Finale, which races along but has little immediacy. Here Poulenc’s inspiration seems to have run out.” Besides failing to notice that the composition is actually a summary retrospective of Poulenc’s life — gradually moving towards the days of his youth in the concluding movement — he reacts negatively to the transfer of popular musical styles into the concert hall. However, Poulenc had long anticipated this type of worn out criticism and written earlier, “I’ve often been reproached about my “street music” side. Its genuineness has been suspected, and yet there’s nothing more genuine in me. From childhood onward I’ve associated café tunes with the Couperin Suites in a common love without distinguishing between them.” Poulenc was buried in utmost simplicity at Père Lachaise cemetery to music by J.S. Bach.

The Sonata will be performed by Martin Fröst at the coming Hong Kong Arts Festival.