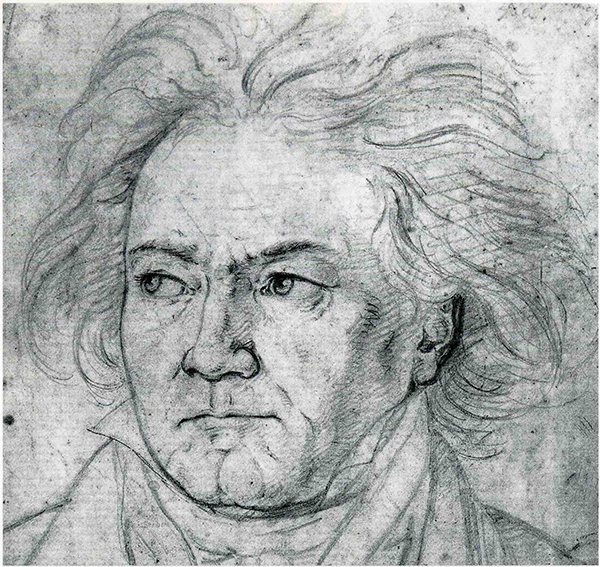 On 5 March 1825, Ludwig van Beethoven once again received a little friendly reminder from the local tax authorities. This time, however, the reminder was not friendly at all. Titled “Third Reminder,” the curt message reads, “Ludwig v. Beethoven is in arrears for the year 1824 for: Graduate Income Tax and Penalty for the above.” And just to make sure Beethoven understood the severity, an accompanying document reads “The tax arrears noted here by the Provincial State Accounting Office are to be settled without fail and without delay, for otherwise the Lower Austrian Government would find the unpleasant necessity, according to its duty, to take all measures prescribed by the highest authority in the collection of this outstanding tax sum.” Beethoven should have paid his 1824 taxes at the end of April and the end of July of that year. But as his 7 May 1824 subscription concert turned out to be a complete financial failure, Beethoven decided to skip the tax payment.

Beethoven had perennial money problems, and he wasn’t shy about fudging his tax returns. In his tax declaration for 1818, he indicated an income of only 1,500 florins, which equaled the annuity share paid to him by Archduke Rudolph. Beethoven conveniently forgot to declare all other earnings from the sale of his compositions as well as the annuity shares from Princes Kinsky and Lobkowitz. Instigated in 1802, all tax payers had to classify themselves into tax brackets according to their income and provide an explanation. For Beethoven it was all a bit below contempt, as he shortened the official wording dramatically, and lied about his income! Just a couple years earlier Beethoven had taken a loan from his publisher Sigmund Anton Steiner to cover expenses relating to the illness of his brother, and to pay his tax bill. As he was unable to repay the loan, Beethoven promised Steiner a new and unpublished piano sonata, with a guarantee for exclusive rights. In the end, Beethoven selected the E-minor sonata Op. 90 to pay his debts!