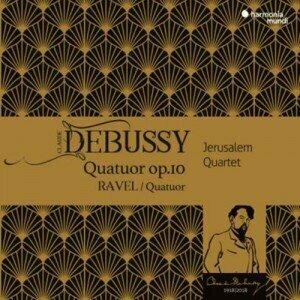 A century after his death on 25 March 1918, many harmonia mundi artists are eager to pay tribute to Claude Debussy, the magician of melody and timbre, the great ‘colourist’ and father of modern music. The musicians of the Jerusalem Quartet offer a new reading of his only String Quartet, in the logical coupling with its Ravelian counterpart: in some respects, the two works might seem like twins – and yet what differences there are between them!