Composers Inspiration
Bach is the Father, we are the Children!
by Georg Predota January 20th, 2014
Tags: Bach

Carl Philipp Emanual Bach: Sonata in A Major, H. 186
Music for solo keyboard remains central to Carl Philipp Emanuel Bach’s compositional oeuvre. C.P.E’s favorite instrument was not the harpsichord, but the more intimate clavichord, which had the capacity for delicate dynamic shadings. In later years — although the instrument had never been widely accepted outside Germany — he had a large instrument built to his exacting specifications and “brought it to the artistic peak of its existence.”
His father and only teacher, Johann Sebastian Bach, heavily influenced his early compositions. The Fantasia in A minor, which Johann Sebastian composed during his early years in Leipzig around 1725, emphasized a freer and more rhapsodic kind of expression. Technically, the central section might be called a double fugue, yet that fact is obscured by Bach’s extravagant harmonic and tonal explorations.
Johann Sebastian Bach: Fantasia and Fugue in A minor, BWV 922 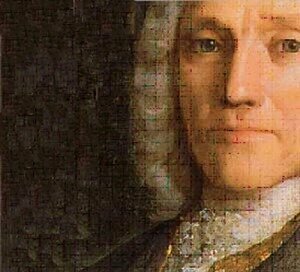 During the early 1740s, influenced by his friendship with the leading poets and writers of his time, C.P.E. experimented with a new style of composition termed “Empfindsamkeit” (Sensibility). In music, this meant a strong emphasis on extroverted emotions, unpredictable turns of phrases, harmonies and melodies, subtleties in dynamic and phrasing, and frequent changes in tempo. Although he never fully abandoned contrapuntal techniques, the empfindsamer style and motivic variation should be considered a defining hallmark of his compositional style. C.P.E. never composed an opera. His goal was to speak, “emotively without using words in the realm of pure instrumental music.”
Carl Philipp Emanuel Bach: Keyboard Sonata in E Major, Wq.48/3
Despite its emphasis on expressiveness, C.P.E.’s music never foregoes the element of virtuosity inherent in Italian keyboard music. The English music historian and journalist Charles Burney uneasily reports in 1771, “I have neither met with a great player on the harpsichord, nor an original composer for it throughout Italy.” Burney was apparently unaware that the Neapolitan composer Domenico Scarlatti — originator of more than 555 keyboard sonatas — was working for the Spanish court. One of the most original creative artists in the history of music, Domenico Scarlatti quietly created his own keyboard idiom. Expanding on the binary pattern used for dance pieces, his brilliant and highly virtuosic openings preface a multitude of expressive melodic ideas, and thoroughly influenced C.P.E’s keyboard style.
Domenico Scarlatti: Keyboard Sonata in F-sharp Major, K. 318
Please join me next time for our final C.P.E. installment when we take a closer look at his church music and examine his role as a promoter and publisher of music.