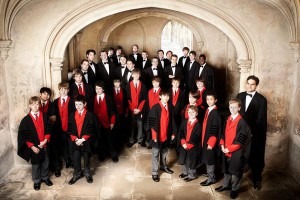 A recent poll of Classical music buyers by the BPI (The British Recorded Music Industry) returned an interesting answer: that the favourite composer of an overwhelming majority was Johann Sebastian Bach. An evergreen composer, his music is continually committed to disc by performers with new interpretations, and performed regularly in concerts, with perhaps the most of the performed works being the two Passions. The public interest in the composer was certainly in evidence on Saturday in a packed St John’s College Chapel.


British collegiate college chapels on dark, dank Saturday nights are not the most obvious place to hear Bach Cantatas being performed. However, at St John’s College Chapel in Cambridge, a cantata is performed once a term as part of the liturgical service of evensong. Last weekend such a service took place, and the results were surprising. The cantata chosen was Liebster Gott, wenn werd ich sterben? a setting for the sixteenth Sunday after Trinity, first performed in Leipzig on 24 September 1724. The liturgical readings for the Sunday were taken from the Epistle to the Ephesians – Paul praying for the strengthening of faith in the congregation of Ephesus – and from the Gospel of Luke, recounting the raising from the dead of the Young man from Nain.


The opening movement is an extraordinary collage of textures and timbres. Two oboes d’amore play semiquaver figurations over a muted staccato quaver accompaniment by the upper strings with pizzicato broken-chords in the continuo. This texture is punctuated by a high chiming of the flute, which some commentators have likened to a tolling funeral bell: a subtle comment on the cantata text. The orchestral introduction was full of shape and elegance and with real virtuosity from the oboists. One quibble, which kept recurring during the cantata, and had plagued the Pergolesi Magnificat, was the balance. Even in a seat reasonably close to the front, the upper strings were dominated by the wind and the over-leaden continuo, resulting in a rather heavy performance. The same applied to the choir: the free counterpoint in the lower parts, which were more numerous, dominated the trebles’ extended chorale melody, a melody that should have been more prominent.


The second movement is an aria (Was willst du dich, mein Geist, entsetzen), for solo tenor with oboe d’amore and continuo. Sung by one of the choral scholars, the performance was assured and communicated all of the torment of the narrator. The smaller number of players worked beautifully, with the tenor and oboe d’amore parts flowing and intertwining in some wonderful playing. After a short alto recitative, the bass aria was similarly assured. A light gigue-like movement in 12/8 for singer, flute and strings bounced along with a dance quality. The wide-ranging and long-reaching melismatic phrases were delivered with a conviction and assuredness by the bass soloist.


The joyful flute figures that follow announce the return of trust in the mercy of God, and the banishment of fears of death. The penultimate movement, a short recitative affirming the resurrection, was sung by a treble from the Choir. The singing was everything required of it – sung almost off-book and communicated directly with the congregation, and with note perfect clarity in some tricky melodic writing. The pacing of the text and the subtle, reflective accompaniment provided a moment of tranquillity before the final chorale movement – Herrscher über Tod und Leben. The coming together of choir and instrumentalists in the chorale setting by Caspar Neumann rounded off the liturgical performance, triumphantly proclaiming the ‘Sovereign over death and life’, the only sour note being some rather hard-sounding singing from the tenors on the final suspensions of each line, somewhat antithetical to the overall feeling.


Altogether the liturgical performances of cantatas are an excellent project, and are a treasure for Cambridge choral evensong attendees. If the overall quality across the movements of the cantata can match the best of the solo singing, then these will be performances to rival those of some of the professional adult choirs touring Europe and beyond. Generally the movements with larger forces are weaker than those with solo voice, which is a combination of poor balance and occasionally un-stylistic singing and playing. What these movements lack (and will inevitably gain with time and familiarity) are made up for by the excellence of the solo movements, exemplary of some of the finest singing in Cambridge. Any devotees of J.S. Bach’s cantatas will not be disappointed by what is on offer from The Choir of St John’s College and the St John’s Sinfonia.