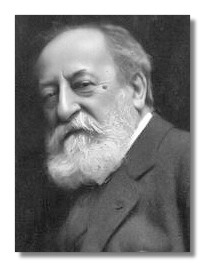 Most of us associate the pipe organ with liturgical, that is, religious use. But did you know that the instrument was originally associated with gladiatorial combat during the time of the Romans? Gladiatorial games usually began with an elaborate procession that included all combatants. It was led by the sponsor of the games, generally the emperor or governor. The parade and subsequent gory events were often accompanied by music, featuring curved horns and organs. Of course you know that the organ is still used during the gladiatorial games of today. Sporting events such as baseball, ice hockey or basketball make ample use of the incredible variety of tone colors and sound combinations of the instrument. This versatility allowed the instrument to function in a variety of settings. Obviously, we encounter magnificent pipe organs — also wonderful examples of architecture — in churches and synagogues, but they are also found in theaters, cinemas and even department stores. If you regularly attend concerts featuring classical music, you will also know that pipe organs are part of most dedicated concert halls. In this environment, the instrument could function as a solo instrument in something called “Organ Symphonies.”

Saint-Saens: Symphony No. 3 in C Minor, Op. 78, “Organ”
In essence, the organ is replacing the orchestra, but nevertheless imitates orchestral tone color, texture and symphonic processes in various movements. Although the German composer Wilhelm Valentin Volckmar wrote the first organ symphony in 1867, we tend to associate the genre with French composers working in the later parts of the 19th century. César Franck is generally credited with composing the first French organ symphony, with the genre further cultivated by Charles-Marie Widor, Louis Vierne, Jean Guillou and André Fleury. It was left to Francis Poulenc and his Concerto for Organ, Strings and Timpani, and Joseph Jongen’s Symphonie Concertante for Organ & Orchestra, to find the pipe organ used as a solo instrument within a concerto context. However, a number of composers have also used the pipe organ as part of the orchestra, among them famously Camille Saint-Saëns. His Symphony No. 3 in C minor, Op. 78 was composed in 1886 and is colloquially referred to as the “Organ Symphony.” If you have read my introduction, you will know that this particular title is nonsensical, as it happens to be an orchestral symphony “avec orgue” (with organ). The London Philharmonic Society, the same organization that requested Beethoven’s Ninth Symphony, commissioned the work and the composer directed the first performance in London on 19 May 1886. Although he lived until 1921, this was Saint-Saëns’ final effort in the symphonic genre. 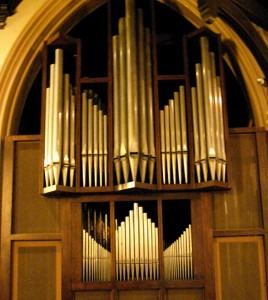 “With this work,” the composer wrote, “I have given all I could give. What I did I could not achieve again.” So what exactly did the composer achieve? The primary clue and most original feature of this composition is the ingenious use of keyboard instruments. We not only find the pipe organ playing at various places in the score, but also a piano scored for both two and four hands. In essence, Saint-Saëns musically encoded his own career as a musician. Virtuoso piano passages and cathedral sounds emanating from the pipe organ, respectively, delineate his early career as a storming virtuoso and contrast with the transfigured spirituality he treasured during his later years. No wonder the work is cast, rather unusually, in a two-movement design that nevertheless maintains a loosely traditional four-movement structure. Its dedication “Á la Mémoire de Franz Liszt” tells much about the governing musical processes, as the signature theme — a rising four-note motif — undergoes a continuous Lisztian thematic transfiguration and evolves throughout the work. But it is Saint-Saëns’ highly imaginative and essentially autobiographical use of the pipe organ that demands our attention. Other composers, including Gustav Holst, Richard Strauss, Gustav Mahler and Anton Bruckner also integrated the magnificent sounds of the pipe organ into their orchestral music, but none did so with more conviction.