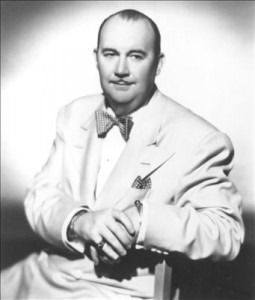 Many composers are inspired by the places that they live, or by the people they know and their music can convey those images long after the places or people are just memories. The American composer, Ferde (or Ferdie) Grofé, was a multi-talented performer, arranger and composer who worked both in the world of classical music (he played viola in the LA Symphony), and in the world of jazz (he was the principal arranger for the band leader Paul Whitman), as well as being a composer in his own right.

Grofé wrote a number of works that are perfect for the armchair traveler, such as The Mississippi Suite (1925), The Niagara Falls Suite (1940), The Death Valley Suite (1949), and The Hudson River Suite (1955). His music could take you from the East Coast to the West Coast and back again, at a time when few people travelled that far.

It was his other West Coast work, the Grand Canyon Suite (1931), for which most people remember him. The five-movement suite takes you through a day in the great National Park – starting with Sunrise, a trip to the Painted Desert, the descent of the canyon on donkeys in On the Trail, the beautiful Sunset, and closing with a final Cloudburst with sizzling thunderbolts.

Grofé: Grand Canyon Suite, I. Sunrise
II. The Painted Desert
III. On the Trail
IV.Sunset
V. Cloudburst
IN 1958, Walt Disney, with the cooperation of the National Park Service, made a ‘pictorial interpretation’ of Grofé’s work, filming in the Grand Canyon and the close-by Monument Valley – one of the changes they made was to reverse the order of the first 2 movement and the last two so that there would be a more dramatic opening and a quieter close. There were no actors in the film, except the local animals (a mouse, a bobcat, a roadrunner, a Gila monster, a cougar family, and other local inhabitants), and no dialogue.

The short film won the Academy Award for Best Live Action Short Subject and is a rarely equaled beautiful marriage of image and music.