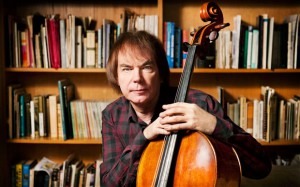 Music runs in the blood of the Lloyd Webber family; his parents were students of the great Vaughan William at the Royal College of Music, his godfather was the English composer Herbert Howells, and of course, his elder brother Andrew is a world famous composer for musicals. Although music was in the household, the little Julian hated his first instrument, the piano. It was not until later that he found the love of his life, the cello. Being simply a cellist is not enough for Julian, he believes in the power of music education, which can change people’s life and bring harmony in the society. Julian Lloyd Webber came to Hong Kong with his cellist-wife Jiaxin, to perform with the City Chamber Orchestra of Hong Kong, here he talks about English music, his mentors, his family, his passion for music education, and a genuine love for life.

Would you tell us about the special elements in this concert?

The concert is built around the recording, which was just released with the English Chamber Orchestra. Different from the recording, Howard’s music is played by my wife, and it is the first time for her. The principal cello of the City Chamber Orchestra of Hong Kong does the first cello part. I am doing all the conducting in the concert. I enjoy conducting because these are music which I know so well and loved. I also enjoy making music with the players, listening a lot to what they are telling me. I really like chamber music.

English music seems to be your core repertoire. Would you say that you have an affinity with English music?

My parents were very involved in music; both studied with Vaughan William at the Royal College of Music, Herbert Howells was my godfather, and my mother studied with a close friend of Elgar. So I would say that English music is in my blood, but I also love Russian music. The Vivaldi we are doing in the concert is a good idea because it is a complete change in the course of the evening, showing the other side of what the orchestra can do.

Apart from performing, you are also passionate in music education. Would you tell us about In harmony, which is a music education program based on Venezuela’s El Sistema?

Galway, Glennie, and I are passionate about music education, and we formed “Music Education Consortium” in 2003. In harmony, survived the change of government and has been very successful. The principle is that the whole school plays music together, including teachers, even cook, and students; all sit and play together. It changes the atmosphere in school: difficult child becomes better, it brings harmony in school. In the UK, the poor community has not got access to classical music, or never had a chance to listen. And in the poorest area, there is drug, unemployment; these are big problems, but music helps in changing the community. Parents have pride in their children when they see them performing on stage. It brings massive change in family life. 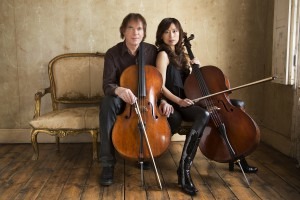 I remember that there was a child in Newcastle who had speech problem and could hardly talk. In school, he learns to play the clarinet, then he plays in youth orchestras. It basically changes his life and now he even begins to talk better. Music changes lives.

Who would you regard as a role model? Your teacher, Pierre Fournier?

Fournier was the aristocrat of the cello! He was a lovely man. Rostropovich also had a great influence on me. When I first heard him, I was 13. He gave nine concerts in London, playing fourteen concertos. I went to every single one of them. Rostropovich wrote in the programme note, which affected me most, he wrote, ‘in our time the cello is a tribute or an orator’. I love this approach to the instrument.

Did you choose the cello or the instrument chose you?

My mother tried to start me on the piano, but I hated it. I thought if I tried another instrument, I could skip the piano. So, the little cello arrived. The older I got, the more I am interested in the instrument, and I even became obsessed with collecting unknown cello pieces. When Rostropovich came into my life, playing the cello became my dream. I interviewed him for newspapers and got to ask him all kinds of questions.

Seems that it is natural for a Lloyd Webber to become a musician. Would you want that for your children?

My son is approaching 23 years old. He has knowledge and love for music. He goes to the opera and did play the cello for a while. But music would not be a career for him, he is more into politics. My daughter is 3 years old. We took her to see my brother’s show Cat, and she is obsessed about it. For her, definitely musical and dance!

I wonder what the Lloyd Webber household was like, full of music I guess.
Yes, there was a huge amount of music – My father composing, mother teaching piano, musician friends coming round all the time. My first memory of my brother Andrew, who is three years older, would compose tunes. There are all kinds of music in the household.

In a family gathering now?

When the Lloyd Webbers come together, we basically don’t talk about music, specially Andrew and me. We grew up together, shared love for Prokofiev’s music, and support the same football team. We are more likely to talk about football. By the way, we probably have the worst football team in the UK.

If you had your life again, would you walk on the same path?

I love my life, full of incredible experiences with musicians. When I met Rodrigo, he was 80 and I was 29. There were others-Philip Glass, Stephan Grappelli, Menuhin, Solti, Maazel, Svetlanov etc. Menuhin could talk about anything, including world politics; I think he was an ambassador of UNESCO, a man of the world. He influenced me. It is our duty to go beyond music, beyond our little tower and to speak out, particularly for music education.