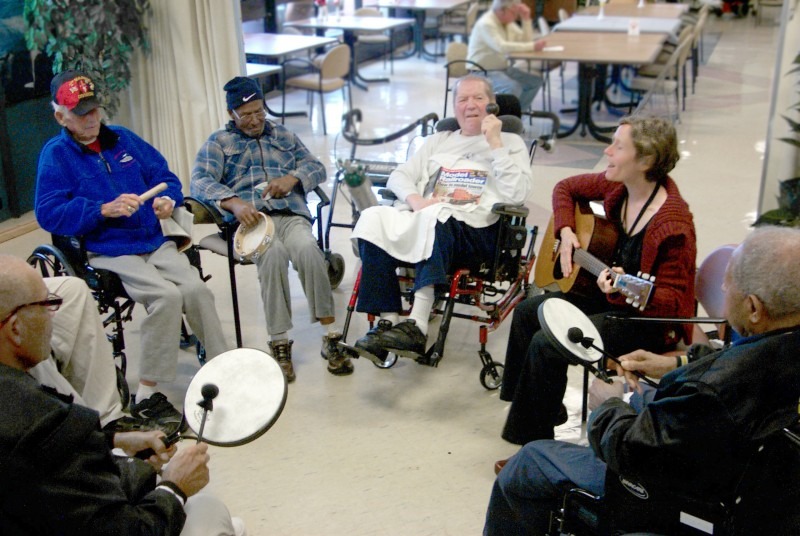 The topic of music therapy is, to put it gently, mind boggling. When I began to undertake a couple of articles on music therapy, I thought… I didn’t know what to think, actually. Music therapy was always one of those things that I knew of, but didn’t really know anything about.

‘My interest in music therapy started when I became aware of it, which was during my undergraduate music degree,’ she says. ‘I thought, “Why do we like to (or even feel that we need to) sing, dance, go to concerts, listen to our iPods?” Put simply, what goes on in music therapy? What can music therapy help with and in what contexts?’

Although the situation is changing slowly, music therapy seems to be something that, like Neta, people begin to discover whilst studying something else. Indeed, the most common way to qualify as a music therapist is to undertake a Masters level course – that is, something after finishing an undergraduate degree. 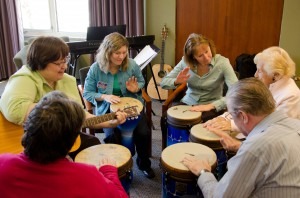 Nordoff Robbins itself offers a taught course leading to a Masters in Music Therapy, in addition to other institutions such as the Guildhall School of Music and Drama in London. Speaking with Maja Milicevic, a fully-qualified music therapist, it became apparent that a vast knowledge of musical styles is needed, in addition to being able to play and improvise on multiple instruments. Recounting the events of a session, she says ‘A typical session begins with some kind of musical greeting, and ends with a goodbye. Each person normally has their own specific song or activity which largely doesn’t change (everyone’s are different, but they stay the same for that particular individual). What happens in between the hello and goodbye is incredibly varied. We try to create a musical space, which can be filled with songs, improvisation, and many other things.’

This ability to respond to each person in a totally different way is something that is incredibly important as a music therapist. Maja went on to say that ‘A lot of people think you just sit in a room and play music, but there’s so much to consider. We normally have a six-week assessment period, during which we have to always adapt and change, setting up your long-term ideas for the client. We have to establish why they’re here (if the reason for referral is particularly vague), which instruments to put out for them (based on their previous reactions and preferences), and in the sessions themselves, be incredibly sensitive to how the client is reacting, and respond accordingly.’

I have to say that I myself was slightly guilty of the ‘sit and play music’ assumption of music therapists…good job the mafia is fictional, or they would have had my head for sure.

I went on to find out a bit more about why people come for music therapy, and what exactly happens in between the musical greeting and goodbye…

Robert Gupta: Between Music and Medicine