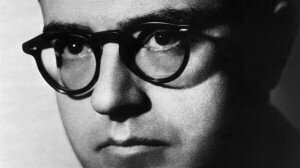 In the wide world of music, it is not always easy to determine what actually constitutes the premier performance. The process of introducing works to a wider audience is by definition a complicated one, and rather frequently a composition disappears from view and is re-discovered years or even decades later. And Alberto Ginastera’s Concierto Argentino is such a case. Ginastera showed promising signs of musical ability early on, and at the age of 12 enrolled in the Conservatorio Williams. In 1935 he graduated with a gold medal in composition. Although his officially numbered catalogue begins with the ballet Panambí, we know that he began composing in the early 1930s. And we also know that his unrelenting sense of self-criticism “caused him to withhold or destroy many works.” 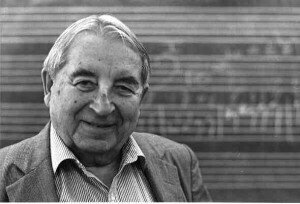 During his time at the Conservatory, Ginastera composed the Concierto Argentino and dedicated it to his good friend, the pianist Hugh Balzo. Balzo premiered the concerto—supposedly there was a performance on 18 July 1941—but unhappy with some aspects of the work, the composer withdrew the composition from publication. This might have been the end of it, but when the conductor, pianist, composer and lexicographer Nicolas Slonimsky traveled to South America in the 1940’s in his search for Latin American music, he discovered the performing parts of the Concierto Argentino. Slonimsky brought the parts to the United States, and the Concierto became part of the Fleisher Manuscript Collection in Philadelphia. 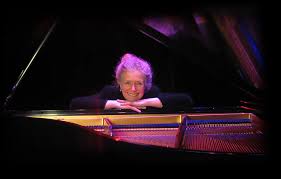 Supposedly, Ginastera reviewed the work later in life and according to his wife, “was planning to revise the composition.” Sadly, he died before he managed to follow up on his plans. As such it was left to the pianist Barbara Nissman—internationally acclaimed for her interpretations and performances of Prokofiev and Ginastera—to rediscover the Concierto in the 21st century. “Aurora Nátola-Ginastera, the late widow of the composer, granted Nissman the exclusive rights to perform and make the first recording of the concerto.” And Nissman presented the work at her alma mater, the University of Michigan School of Music during a festival entitled “Viva Ginastera!” in December of 2011. Since then, the work has received a number of additional performances by various pianists.