Composers Inspiration
A Symphony of a Thousand
by Georg Predota April 25th, 2013 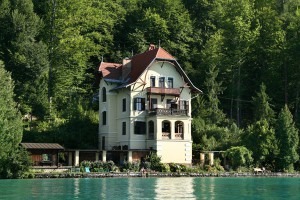 Symphony No. 8, “Symphony of a Thousand”
(Bavarian Radio Symphony, Kubelik 1970)

When the Mahler family arrived in Maiernigg — an idyllic village located on the southern shore of Lake Wörth in the Austrian province of Carinthia — for their annual summer holiday in 1906, Gustav was once again struck by two weeks of creative paralysis. Purely by accident — although Alma would subsequently provide a slightly different scenario — he stumbled upon the Pentecostal hymn “Veni Creator Spiritus” (Come, Creator Spirit). Swept away on a tide of great inspiration, Mahler feverishly worked on a composition “to which all my previous symphonies are merely preludes.” At some point, the final scene from Goethe’s Faust provided the inspiration for a complimentary second part, and after merely eight weeks he had finished a musical draft that fused and synthesized elements from the symphony, the oratorio and from music drama with the mysteries of redemption. Justifiably proud, he reported to Richard Specht in August 1906 “I have never composed anything like this. In content and style it is altogether different from all my other works, and it is surely my greatest accomplishment… Its form is something altogether new. Can you imagine a symphony that is sung throughout, from beginning to end?… The whole first movement is strictly symphonic in form yet is completely sung; it is simplicity itself. It is a ‘True Symphony’, in which the most beautiful instrument of all is led to its calling”. 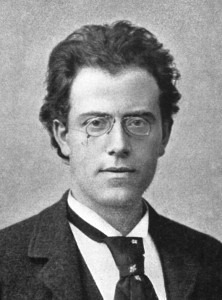 With his Eighth Symphony, Mahler had created a work that was, and still is, unique within the entire symphonic literature. By joining the Orthodox Christian’s humble prayer for the enlightenment of Pentecost with the iconic and metaphysical symbols of questing humanity contained in Faust, Mahler was undoubtedly giving voice to the longings of his age. In its liturgical treatment, the original seven verses of “Veni Creator Spiritus” have symbolic meaning as an allusion to the seven gifts of the Holy Spirit. Removed from its liturgical context, Mahler’s setting — in the eyes of contemporary observers — became a “great shout by humanity to the skies for the creative vision that the modern world so desperately needs.” Concurrently, Mahler regarded Faust as a spiritual document. Since the protagonist exchanges his soul for unlimited human knowledge and worldly pleasures, every writer dramatizing the story condemned Faust to eternal damnation in Hell. Yet in Goethe’s humanistic hands, he manages to escape the clutches of damnation and find redemption through divine love. In a letter to Alma, Mahler explained his understanding of Goethe’s philosophy: “The essence of it is really Goethe’s idea that all love is generative, creative… You have it in the last scene of Faust, presented symbolically”. This notion of divine love and creative spirit as the cumulative ultimate powers of the universe is readily found in both the ecclesiastical and the humanistic text. Scholars universally agree, that the spiritual and musical connection between these texts is found in the third stanza of the hymn “Accende lumen sensibus, infunde amorem cordibus! (Kindle our reason with light, infuse our hearts with love.) In order to musically convey this eternal human quest for the universal ideal, Mahler stretched the resources of the performing forces to their limits. The premiere performance in Munich, on 12 September 1910, involved 858 singers — both vocal soloists and three choruses — an orchestra of 171 members and Mahler conducting. In total, it involved 1030 musicians. It is no surprise, therefore, that the concert impresario Emil Gutman coined the name “Symphony of a Thousand”, a sobriquet Mahler quickly rejected. For once, however, this concert proved an unmitigated success for Mahler, undoubtedly the greatest triumph in his career. 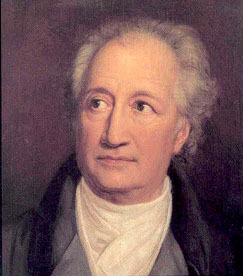 What made it even more special was the fact that many of the leading intellectual and cultural figures of Europe were present. Thomas Mann, for one, remarked that Mahler is “the man who expressed the art of our time in its most profound and sacred form.” Originally, Mahler conceived his Eight Symphony in four movements, with the setting of the hymn becoming the extended symphonic first movement. The Faust text, in turn, corresponded to a slow movement, a scherzo and a finale, respectively. Without abandoning this original concept, Mahler eventually synthesised the three Faust sections into a seamless single movement of enormous emotional range. The musical setting of the hymn commences with the choral invocation of the main theme, which is quickly transformed into a rousing march by the trombones. In keeping with symphonic tradition, Mahler gently modulates and the soprano soloist quietly states the secondary thematic material. Thoughts of human frailty propel the movement towards a choral cry of illumination and love, and the boys commence the “Gloria patri domino” (Glory be to God the Father), which prepares for a crowning conclusion. In the literary original, the concluding scene from Faust is set in mountain gorges inhabited by hermits. It is therefore hardly surprising that Mahler opens Part II with a broadly drawn prelude evoking a mysterious and mystical wilderness. In due course, the horns provide us with a passionate and warmly animated melody, while the strings evoke nature with violently leaping figures. Gradually, the music of nature turns into the theme of illumination, and decidedly brushes away the musical memories of mortality. Three penitent women “Magna Peccatrix, “Mulier Samaritana” and “Maria Aegyptiaca” plead for Faust’s soul, who is eventually invited to join the kingdom of heaven. Beginning in hushed awe and reverence, the “Chorus Mysticus” ends in a blaze of luminous sound, and the entire orchestra restates the “Veni, Creator Spiritus” theme in the coda. Mahler had ingeniously referenced the basic poetic ideas in Faust — eternal love, divine grace, earthly inadequacy and spiritual reincarnation — and by connecting it to the Latin Pentecost hymn “drawn a direct line from earthly existence into the primeval light of divine strength of love”.

The Symphony of a Thousand will be performed by Paavo Järvi with the Frankfurt Radio Symphony Orchestra on May 24th and 25th 2013 in Frankfurt.
Official Website