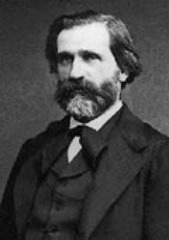 Almost immediately after the premiere of Oberto in 1839, a contemporary critic considered the question of Verdi’s personal musical style. “Many salient features of this style are not Signor Verdi’s own,” he wrote. “The crescendo and the use — not abuse — of unison, had been suggested by Donizetti; the form of the cabaletta, in which the phrase leaps and starts, rather than flows, by Federico Ricci; the employment of syncopation by Signor Pacini; the excess of appoggiatura by Bellini. No matter, by new combinations known materials make a new whole.” Although the critic merely hinted, that “Verdi was the only Italian of his day — for better or worse — who had a personal style,” he certainly offers a glimpse into the incredibly rich and varied Milanese musical landscape that Verdi experienced during his formative years. Take for example Giovanni Pacini, who launched his career in 1813, and who had written almost fifty operas by 1835. In his memoirs, the composer lamented having been overshadowed by Rossini and critiqued his own musical shortcomings. “My instrumentation was never careful enough, and it was sometimes beautiful or brilliant, but I frequently slighted the string section.” Yet as he meditated on the changing taste of the audience, he took heart and completed his masterpiece Saffo in 1840.

Based on the legend of the ancient Greek poetess Sappho, the work was first performed at the Teatro San Carlo in Naples on 29 November 1840, and became an immediate success. It is certainly not difficult to hear the importance Pacini assigned to syncopation as he simultaneously sought to create a more continuous drama. Recently, scholars have rightfully suggested that the greatest achievement of Pacini’s Saffo “lies in the ensembles, and particularly the glorious finale of the second act.” Every great “Largo” movement Verdi would subsequently compose owes a direct debt to this “Finale.” 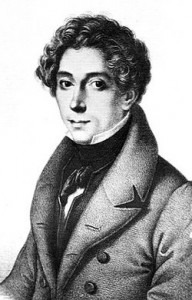 One has to look no further than Nabucco to gauge Pacini’s influence. Based on the plight of Jewish people exiled from their homeland by the Babylonian King Nebuchadnezzar, the opera premiered on 9 March 1842 in Milan. The same year, Nabucco received 57 more performances, and Verdi suggested, “my artistic career is finally underway.” Audiences went mad with enthusiasm — the chorus of the Hebrew Slaves quickly becoming a crowd favorite — but critical acclaim was not unanimous. Otto Nicolai, who had originally been offered the libretto but had turned it down, wrote. “Verdi’s operas are really horrible. He scores like a fool — technically he is not even professional — and he must have the heart of a donkey, and in my view he is a pitiful, despicable composer.” Professional jealousy aside, Nabucco quickly established Verdi’s reputation at home and abroad.

Giving due credit to Pacini, the overwhelming inspiration for Nabucco once more originated with Gioachino Rossini. In 1818 his three-act opera Mosè in Eggitto (Moses in Egypt) premiered in Naples. Not entirely satisfied, Rossini enlarged the work in 1827 for Parisian audiences and brought it onto the stage under the new name Moise et Pharaon, ou Le passage de la Mer Rouge (Moses and the Pharaoh, or The Crossing of the Red Sea.) The second version played at “La Scala” in 1840, and an attentive Verdi was in the audience. He was clearly impressed by the inexhaustible melodic richness, the musical expressiveness and it’s brilliant theatrical effectiveness. It is not surprising therefore, that he modeled Nabucco — in its general scheme, aspect of staging, choice of subject and the formation of some individual numbers — on the composition of Europe’s most celebrated opera composer.

Verdi was not merely influenced by Rossini’s opera seria; with his Un giorno di regno, ossia il finto Stanislao (A One-day Reign, or The False Stanislaus) of 1840, he attempted to copy Rossini’s comic operatic style. The plot is set in Poland and involves a tangle of romances in the middle of war. Verdi classified the work as a “comedy,” yet it was an utter failure and withdrawn after a single performance. Apparently, Verdi’s blunt imitation of Rossini’s unmistakable musical style — sparse texture and orchestration, simple harmonic progressions, snappy rhythms and a highly embellished vocal line — did not sit well with the Milanese audience.

In our next episode, we will explore the operatic world of Federico Ricci, Vincenzo Bellini and Saverio Mercadante; please join us then!