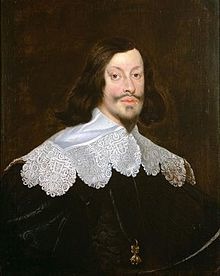 Lamentations — songs, poems or pieces of instrumental music expressing grief, regret, or mourning — represent some of the oldest and longest lasting artistic expressions in human history. The Book of Lamentations became an integral part of both the Old and New Testament, and laments are also present in the Homerian Epics of Hellenistic Greece. In Baroque opera, laments became a conventional fixture. This tradition continued in the dramatic works of Wolfgang Amadeus Mozart, Gioachino Rossini and even Richard Strauss. It also became customary to dedicate laments to fallen heroes, warriors and rulers. Take for example the Holy Roman Emperor Ferdinand III, King of Hungary and Croatia, King of Bohemia and Archduke of Austria. Upon his passing, Johann Jakob Froberger, one of the most important and influential keyboard composers of the 17th century, composed and dedicated a lament that would become one of his most celebrated works. Indeed, Ferdinand III accomplished several important political objectives during his reign. He headed the peace party at the Habsburg imperial court during the Thirty Year’s War — a series of religiously charged engagements that involved most European countries and that became one of the most destructive conflicts on the continent — and ended that war in 1648 with the Peace of Westphalia. But truth be told, Ferdinand III was not only an able statesman, he was also a fellow musician, lavish patron of the arts and a highly talented composer. In fact, scholars have suggested that, “during the tumultuous final decade of the Thirty Years War, Ferdinand III used music as an important tool to further his religious and political agendas.” But Ferdinand’s love affair with music had started much earlier.

His father, Ferdinand II had established a thriving musical center in his hometown of Graz. When he was elected Holy Roman Emperor in 1619, he moved his court and the musicians of the Graz chapel to the imperial city of Vienna, making it one of the largest, most resplendent musical organizations in Europe. The imperial chapel, led by the composers Giovanni Priuli and Giovanni Valentini — Kapellmeister at the Michaelakirche — was kept extremely busy preparing and performing music for all state and church functions and occasions. For Ferdinand’s coronation as king of Hungary, Valentini composed a Magnificat for seven choirs, with trumpets and other instruments. Valentini enjoyed an exceptional reputation — although he was somewhat overshadowed by his contemporaries Claudio Monteverdi and Heinrich Schütz — and composed a large number of vocal music, among them madrigals, masses, motets and sacred concertos. Importantly, he also became the composition teacher of young Ferdinand III. The future Emperor progressed rapidly, and according to Athanasius Kircher, “as a composer, he had no equal among sovereigns.”

A number of compositions by Ferdinand III have survived, among them two masses, a number of motets and hymns, a Stabat mater, a Miserere and an allegorical Drama musicum. For musical scholars, “Ferdinand III offers a fascinating case study in monarchical representation, for the war necessitated that he revise the image he had cultivated at the beginning of his reign, that of a powerful, victorious warrior. At the same time, Ferdinand III was able to uphold his reputation as a pious Catholic reformer and subtly revise his triumphant martial image without sacrificing his power, while also achieving his Counter-Reformation goal of unifying his hereditary lands under the Catholic Church.” In 1638, Claudio Monteverdi published his eight and largest collection of secular works as Madrigali guerrieri et amorosi (Madrigals of War and Love) and dedicated the compilation to the newly crowned Emperor Ferdinand III. Originally, the collection was to have honored Ferdinand II, but since he died in 1638, the dedication passed to his son. “I present to the feet of Your Majesty, as the protecting power of virtue, these my musical compositions. Fernando, Your Majesty’s great father, deigning, through his innate goodness, to accept and honour them in manuscript, granted me an as it were authoritative passport to entrust them to the press. And lo I eagerly publish them, consecrating them to the most revered name of Your Majesty, heir no less of kingdoms and the empire than of his valour and kindness.” Ferdinand III died in 1657, and his close personal friend Johann Jakob Froberger composed the aforementioned lament. Ferdinand III was succeeded by his second son Leopold I, who became a composer in his own right. I will tell you more about his musical achievements in our next episode.