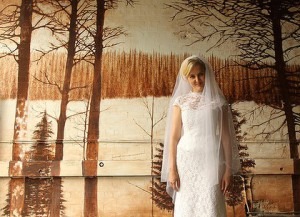 It’s absurd, sexist and expensive, not to mention rarely sung in English. Now a new generation of artists is dividing critics as they try to save the centuries-old art form from extinction. By STEVE MEACHAM.

The jury is out, even among those who love opera the most. One of Australia’s most internationally successful opera directors, Lindy Hume, who has just taken over the artistic directorship at Opera Queensland after her successful three-year spell in charge of the Sydney Festival, recently told the Herald: ”Opera is going through this existential crisis. Will it even exist in 20 years’ time? The answer is probably not if it doesn’t lift its game and consider how relevant it needs to be in the modern world.”

The artistic director of Opera Australia, Lyndon Terracini, is another battle-hardened veteran who appreciates the need to address younger and broader-based audiences if opera wants to continue attracting public subsidies at the level it needs to survive – hence his first season this year beginning with three controversial and daring productions of classic works: The Magic Flute, The Marriage of Figaro and, in March-April, the open-air La Traviata on a floating stage in Sydney Harbour.

Predictably, critics were divided along conventional fault lines when the Metropolitan Opera’s much-truncated version of Mozart’s The Magic Flute premiered (in English, not Italian) earlier this month. Purists, such as the Herald‘s Peter McCallum, complained that in the bid not to bore adolescent audiences, up to 30 per cent of Mozart’s music had been discarded.

Yet his Fairfax stablemate, Sun-Herald critic Elissa Blake, gave it an unlikely 10 out of 10, begging any parent of young children to consider making their first trip to the Sydney Opera House an appointment with The Magic Flute instead of the less-challenging Hairy Maclary and Friends.

Now another of Mozart’s most popular works, The Marriage of Figaro, is about to be unveiled, again sung in English, after a similarly radical overhaul by two relative newcomers to opera. Benedict Andrews and Ralph Myers are the boys from Belvoir Street whose work in the theatre – including a critically acclaimed interpretation of Shakespeare’s Measure for Measure and Sydney Theatre Company’s daring adaptation of The War of the Roses – has established them as some of the brightest talents of the Australian stage.

But can their magic help rescue opera? Until now, Andrews’s only experience of working in the medium was directing Monteverdi’s The Return of Ulysses for the English National Opera and the Young Vic in London last year – hardly mainstream. The Marriage of Figaro, by comparison, has remained one of opera’s most performed works since it was written in 1786 with a libretto by Lorenzo da Ponte. Though a comic opera, it is usually treated with deference. This is despite the fact the plot’s central device seems absurd to modern eyes.

There’s no historical evidence droit du seigneur – the supposedly mediaeval custom that obliged female servants to lose their virginity to the lord of the estate – ever existed. Yet in The Marriage of Figaro, the odious Count Almaviva, whose own marriage to Rosina has grown stale and cold, seeks to insert himself in the wedding day arrangements of his servant Susanna, Figaro’s bride-to-be.

Surely such a hoary piece of sexism is the last thing that should be given a makeover today? How relevant can it possibly be to 21st-century Australia?

Andrews, who is slightly breathless as he walks into Opera Australia’s rehearsal room at 9.25am after a brisk stroll from the apartment building where he is billeted, immediately launches into a spirited defence.

With his lank long hair, beard, sweat-stained shirt and summer shorts, he resembles someone dressed by a costume department instructed to create the antithesis of the stereotypical opera director.

The conflict, chaos and comedy in The Marriage of Figaro, he explains before he’s taken the lid off his takeaway coffee, ”is predicated on a situation of extreme class conflict – a world where the gap between rich and poor leads to extreme volatility”.

Thrown into this mix, he continues, are the sexual politics involved when powerful men take liberties with less-powerful women in their employ (Bill Clinton and Monica Lewinsky come to mind).

Mozart and da Ponte based their opera on an inflammatory French satire by Pierre Beaumarchais that was banned in Vienna before the French Revolution because it was seen to ridicule the aristocracy and point out the unjust distribution of wealth. The opera is generally regarded as being less incendiary but Andrews disagrees. Yes, they left out some scenes ”which were more obviously ‘storm the barricades”’, he says, but Mozart conveyed in his music emotions that required hundreds of words in a play. ”We’ve tried to find a contemporary parallel. The kind of milieux where these same questions and problems – droit du seigneur aside – are as raw and exposed as they were in the years leading up to the French Revolution.”

So he and Myers, the artistic director at Belvoir Street Theatre, have set their interpretation in the kind of gated community that has flourished in the US, South America and South Africa in the past decade: the result, Andrews says, ”of this growing divide in contemporary society between the wealthy and a poorer, disenchanted servant class”.

Since September 11, 2001, he continues, the gap between the haves and have-nots has become even more obvious: ”There’s this whole new security industry that has grown up at airports to make sure you don’t take hair gel on a plane. Similarly, I’m staying at a massive tower while I’m in Sydney. I know people will come into my room and service it while I am at work. The membrane between the wealthy and the poor is very porous and that is where the raw nerves of [The Marriage of Figaro] come from.

”I’m not interested in [doing] museum theatre. It is just not my thing. If other people want to do beautiful, faithful, painstaking reconstructions of other periods and they do it with integrity and love, and find a truth, that’s great. But it doesn’t interest me.”

Later, he returns to the museum theme: ”Thankfully, lots of very serious people are doing lots of interesting things in opera [overseas]. But in the worse cases, you end up not just with museum opera but a very lazy milieu where nothing is being asked of the audience.

”What did these two men – Mozart and his librettist – take from the [Beaumarchais] play that still touches us so deeply that we laugh and cry? Of course, some people won’t like [my version]. But I refuse to believe this story cannot be contemporary. The transition to the present day is to make it alive, to give it a muscular, dangerous dynamic. That’s my job.”

In a gated community, the obscenely wealthy live alongside the working poor and yet inhabit two vastly different worlds.

”In Australia, we like to think we’re a classless society but there is still a concrete gap between those who serve and those who have wealth,” Andrews says.

In Andrews’s version, Figaro may be ”just” an expendable servant in a modern household who feels powerless to thwart his ludicrous boss’s advances. ”But he’s very angry. In Italian, he calls Almaviva ‘the little count’. He’s just found out his master wants to f— his wife. He has a fantasy of murder. But the beauty of the scene – and this is a reflection of how revolution works – is that what begins as pure rage transforms into: ‘I’ll be smarter.”’

Does Andrews expect some traditionalists to disapprove of his version?

”Those who are used to the chocolate-box versions won’t like it,” he says. ”In this version, the characters stand out, not the frou-frou.

”There won’t be people in the audience thinking, ‘What lovely lace is on that costume’ or ‘That’s a great wig.’ That kind of opera is deadly.”

‘I’ve thought … ”Why was that director hired?”’

”There are crap traditional productions of opera and crap modern productions,” says Joshua Bloom, the San Francisco-based, Melbourne-born tenor who plays Figaro. ”It all depends on who is directing and who is performing.

”But I don’t believe in doing opera as a concept. There’s a very German way of doing opera, where a director comes up with a concept … then takes it to the nth degree. I find that very hard to take seriously. But this isn’t one of those.”

Would he care to name any productions he’s hated? ”No, that wouldn’t be wise. I want to keep working. But there are definitely productions I seen which I’ve thought, ‘That’s absolutely ludicrous. Why was that director hired?”’

Bloom worked with Lindy Hume at the beginning of his career. He says Hume is being far too pessimistic in saying opera might not survive the next 20 years.

”Opera is a medium which has everything. Dance, acting, singing – all the heightened emotions you get when you have music that good and voices that can sing it, unamplifed. When it is successful, it is the complete art form.”

He also advises audiences to keep an open mind. Baz Luhrmann’s A Midsummer Night’s Dream has been very popular but when Bloom first heard about the concept – ”set in a mirage, where all the fairies are little Indians with goatees and Oberon is a shaman in purple body paint” – he thought it was ridiculous. ”Then I saw it and thought it was magical.”

Something borrowed, something blue

”I hate to disappoint you, but we’re not portraying Susanna as a virgin,” laughs soprano Taryn Fiebig when asked about the droit de seigneur thing.

”Playing her as virgin in 2012 would be ridiculous, don’t you think? Unless we were portraying religious zealots, which we’re not.

”She and Figaro are deeply in love and that has been fulfilled. But it still works because you’ve got this lecherous, revolting, enormously powerful and wealthy man who thinks he can have anything he wants.

”He promises her a handsome dowry to be defiled. It’s a bit like Indecent Proposal but with Michael Lewis [who plays the Count] instead of Robert Redford!”

Fiebig – also a concert-standard cellist – admits she had doubts about the gated-community setting when it was proposed. ”I was dubious. I’m used to the Neil Armfield production which I did with Teddy [Tahu Rhodes]. But it is appalling that in 2012 a man with power and money still thinks he can buy anything he wants.”

So this Count Almaviva has a passing resemblance to Silvio Berlusconi and his bunga bunga parties? ”Exactly. All those poor Susannas!”

What about those opera fans who dislike change? ”I hope they don’t buy a ticket! But even negative criticism is good. When I saw our recent Tosca [directed by Christopher Alden] I was utterly appalled.

”But I talked about it for the next week, much longer than I normally would. If this production gets people burning their bras, it’s not such a bad thing.”