Composers Anecdotes
Voices of the Shanghai Conservatory I
by Georg Predota July 25th, 2015 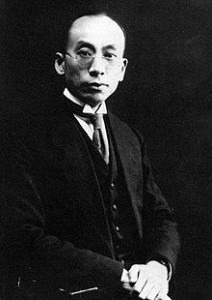 Shanghai’s Municipal Orchestra, later to become the Shanghai Symphony, began subscription concerts in 1919. Under the direction of the expatriate Italian virtuoso Mario Paci, the orchestra relied exclusively on foreign players and rarely strayed beyond Shanghai’s colonial settlements. Over time, the orchestra reached out to the Chinese population, and the German-trained pianist and composer Xiao Youmei founded the Shanghai Conservatory in 1927. The first Western-style music school on Chinese soil, it quickly trained local performers for the orchestra, and with the rise of Nazi Germany, a number of faculty members were associates of Arnold Schoenberg and Alban Berg. During his lifetime, Xiao Youmei composed well over 100 works, blending Western compositional techniques with local inspiration. 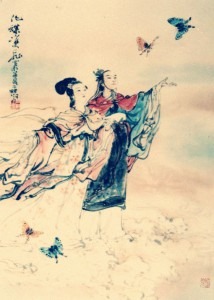 The legendary story of Liang Shanbo and Zhu Yingtai, better known as the “Butterfly Lovers,” has long reverberated in traditional Chinese opera. Localized differences aside—the fundamental narrative appears in Yue, Shaoxing and Sichuan opera—this grievous love story doomed by rigid social conventions is rightfully considered an elemental part of China’s historical heritage. More recently, it has made its way onto the cinematographic screen, and even into the world of serial television and animation. For two students from the Shanghai Conservatory, this folk legend provided the basis for a work for violin and orchestra, aptly named The Butterfly Lovers Concerto. The skillful blending of models and techniques from the Western symphonic tradition with Chinese folk music and local instrumental/vocal techniques created a redolently musical symbolism that has easily become a modern Chinese classic. 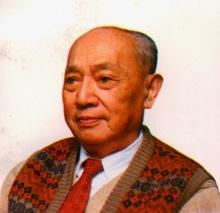 With Mao’s ruthless grip on musical activities, revolutionary rhetoric was endemic. The motto “Our musical workers must develop people’s musical activities with limitless zeal,” governed not only instruction at the Shanghai Conservatory, but also ruled compositional content. Ding Shande, former Dean of the Composition Department and Vice-President of the Shanghai Conservatory, musically encoded an ideological manifesto commemorating the “Long March” of 1934/35. Evading the pursuit of the Kuomintang army, the Red Army of the Communist Party of China under the eventual command of Mao Zedong reportedly traveled over 9,000 kilometers in 370 days. The Long March left the Red Army on the brink of annihilation, but it sealed the personal prestige of Mao and his supporters for many decades to come. After collecting oral histories from soldiers who had actually taken part in the Long March, Ding Shande completed his tone poem in 1962. 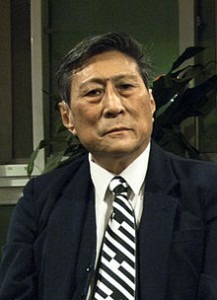 Wang Xilin is one of Shanghai’s most famous composers. He studied composition at the Conservatory with Liu Zhuang, Ding Shande, and Qu Wei and graduated in 1962. With the onset of the Cultural Revolution, Wang gave a public speech in 1964 criticizing the blanket crackdown on 20th century Western classical music. His reward for speaking out was forced hard labor in Datong, 6 months in a mental asylum, and imprisonment during the Cultural Revolution. His Concerto for Piano and Orchestra, Op. 56 was commissioned by the Swiss Arts Festival “CultureScapes,” and premiered in November 2010. It was his deep resentment of the Cultural Revolution that motivated him to compose this concerto as a counterbalance to the Yellow River Piano Concerto, a work that has become a symbol of the revolution. The work is dedicated to his teacher Lu Hongun—conductor of the Shanghai Symphony Orchestra—who was killed during the Cultural Revolution.