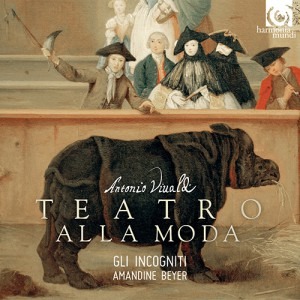 1720: in his famous pamphlet Il teatro alla moda, the composer Marcello satirised the excesses of new-fangled Venetian opera. Cadenzas, variations, ‘divismo’, virtuosity, popular dances, assorted sound effects: nearly three centuries later, each of the ‘qualities’ he mocked has provided the inspiration for this new release from Gli Incogniti to the glory of Vivaldi. The Prete Rosso who aroused Marcello’s patrician indignation could not have cared less about such formal taboos! His experiments, his spontaneity, his juxtapositions and contrasts served only one rhetorical cause: the theatrical dimension of his instrumental music. Take your seats!