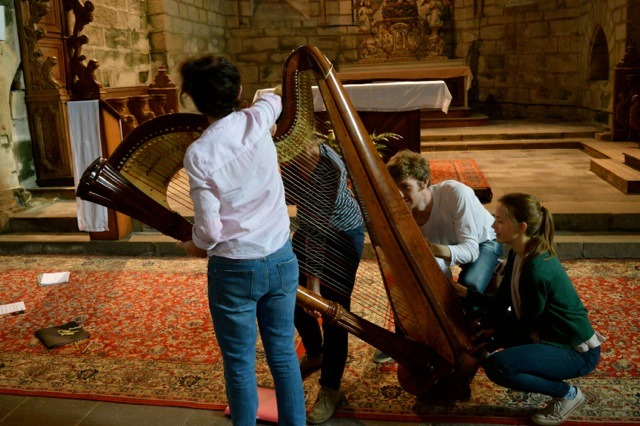 I love travelling. And getting to play music while travelling is basically being on holiday, right? Not quite.

The flights are booked; the concert’s in the diary; the audience have their tickets. Can you really relax knowing you’ve got an expectant audience to please? In addition, for two of the four members of The Hermes Experiment, the logistical impossibilities of transporting a harp and double bass to southern France meant that totally unknown instruments sourced from Paris had to be mastered in 48 hours.

We had the chance to discover a new part of the world, performing at the Aura des Arts Festival in Aubazine, a small village 100km south of Limoges. We were incredibly lucky to have the chance to travel and perform in a beautiful venue – but touring can often be double-edged sword. 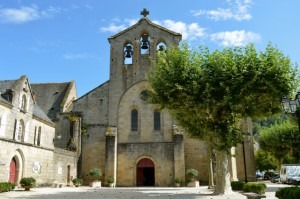 Created in 1992, the festival L’Aura des Arts exists in the village of Aubazine, putting on concerts throughout several months in the breathtaking abbey in the centre of the village, in order to ‘create a better awareness of appreciation of history and culture’, believing that ‘art unites people through a shared open-mindedness, uniting people by creating profound links through shared emotion’.

It’s true that it wasn’t hard to be moved in such an inspiring setting. We were fortunate enough to have time to explore the area, enjoying the sunshine whilst escaping from the occasional (yet intense) late summer storms that this area experiences. 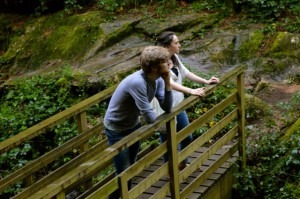 We were fortunate in that our schedule was pretty light – we were in France for three and a half days and only gave one concert. It’s not uncommon for a professional orchestra on an international tour to do, for example, 7 concerts in 12 days. When you factor in the travel between different cities, and rehearsals in various halls, each one with a totally different acoustic to its predecessor, not a lot of sightseeing time remains.

Luckily, being part of a smaller group meant that we could create our own schedule, meaning we were well-rested during both our rehearsals with composer Giles Swayne (whose piece we were premiering), and the concert itself. 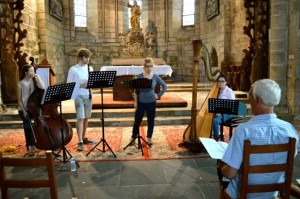 Despite the welcoming atmosphere of the village upon arrival, we had a 2.30am start on the first day, meaning we arrived effectively feeling jetlagged – and when the harp arrived without a trolley, it was all hands on deck… Luckily, though, we had time to recover. Others aren’t often so fortunate.

It seems strange to be moaning about this and that when, at the end of the day, you get a chance to travel and play in amazing venues. However, when you’re trying to conjugate your rusty French verbs on two hours’ sleep in order to find a bathroom, it’s easy to see how touring can take its toll on those who do it frequently. For The Hermes Experiment, it was our first international outing; everything was new and exciting. For musicians who are on their sixth tour to America with a family back home, it can be a tremendous strain, and so while discovering new cultures is an enriching experience, it’s definitely not a holiday. Still, beats an office job any day…