Composers Inspiration
The Lord of the Rings Symphony
by Maureen Buja October 15th, 2014 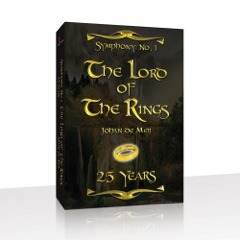 Long before Howard Shore got his hands on writing the score for Peter’s Jackson’s monumental Lord of the Rings movie trilogy, Dutch composer Johan de Meij had taken up the call. His Symphony No. 1, “The Lord of the Rings,” begun in March 1984 and completed in December 1987, was given its premère in Brussels in March 1988, first for wind band and then revised for orchestra. The movements are: I. Gandalf (The Wizard); II. Lothlorien (The Elvenwood); III. Gollum (Sméagol); IV. Journey in the Dark—a. The Mines of Moria, b. The Bridge of Khazad-Dûm; V. Hobbits.

We thought this was intriguing, so we asked the composer how this had all come about. How do you write your first symphony on such a topic? De Meij’s background was as a trombonist and low brass player, with some experience in arranging music for wind band. His conducting teacher, Arie van Beek, suggested that Tolkien’s writings might be to his liking and de Meij had found his inspiration. He worked on the music for 4 years, and used the first volume of the trilogy, The Fellowship of the Ring, as his primary source. Movements 1, 3 and 5 are musical portraits of the main characters: Gandalf, Gollum, and The Hobbits, while Movements 2 and 4 are more programmatic. Music to our surprise, he said that the 4th movement, Journey in the Dark, had been the first movement that he had written. As he developed leitmotifs in that movement, he then applied them to the other movements. We should think of the LoTR Symphony not as a traditional multi-movement symphony but rather as a suite of symphonic poems.

Stylistically, the whole world of the 20th century seems to have been open to him: you’ll hear sounds from Puccini’s Turandot, a bit of Bartók, and a quotation from Stravinsky’s Firebird in the music. Much of this is due to de Meij’s background as a band arranger and from works he was performing in while he was composing – it all goes to tie him in more closely with the symphonic genre.

In the first movement, Gandalf, the wizard is given a stately motif that represents his wise and noble personality; he’s matched in theme by his swift and beautiful horse, Shadowfax, at 02:06. The second movement, Lothlorien, depicts the wood where Galadriel, “the mightiest and fairest of all the Elves that remained in Middle-earth” (Tolkien: The Silmarillion), rules. The woodwinds come to the fore here, as birds and other bucolic creatures. 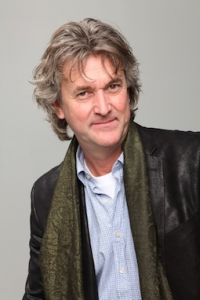 Johan de Meij: Symphony No. 1, “The Lord of the Rings,” II.Lothlorien (The Elvenwood) (version for wind band). (Peabody Conservatory Wind Ensemble, Harland D. Parker, cond.)
III. Gollum (Smeagol)
The third movement introduces Gollum. His music is delivered by the soprano saxophone and it is alternatively slimy, shy, pitiful, and malicious, as it mumbles, hisses, lisps, and whines through the movement.

The fourth movement, takes us to the Mines of Moria. The slow walking pace, the low brass and percussion emphasize the difficulty of the path.

Johan de Meij: Symphony No. 1, “The Lord of the Rings,” IV. Journey in the Dark (version for wind band). (Peabody Conservatory Wind Ensemble, Harland D. Parker, cond.)
To end on a happy note, the last movement, Hobbits, focuses on their carefree and optimistic character, beginning with a folk dance. The work ends peacefully with Frodo and Gandolf sailing away to the Grey Havens, joining the last of the elves as they leave Middle Earth.

Johan de Meij: Symphony No. 1, “The Lord of the Rings,” V. Hobbits. (Peabody Conservatory Wind Ensemble, Harland D. Parker, cond.)
De Meij takes us back to a time before the monumental movie, when you could still imagine Tolkien’s world without the mediation of Peter Jackson’s images. If you’re tired of the overblown and pseudo-Celtic stylings of Howard Shore, then take a listen to Johan de Meij’s vision of Middle Earth.