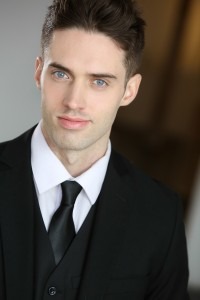 About to embark upon a run of Die Fledermaus in the Lehár Festival at Austria’s Bad Ischl, baritone Tobias Greenhalgh talks about his travels to date, education, and work-life balance.

Born in Pittsburgh, Tobias grew up in Rochester, New York. After travelling to Vienna shortly after graduating, he now splits his time between Europe (in Vienna and Budapest) and America. Does he enjoy all the travelling?

‘Absolutely. I don’t enjoy the jet lag – that’s the only part I don’t enjoy – but I really like meeting new groups of people, seeing new places, cultures – it’s fascinating to me.

‘[Coming to Europe] was exactly what I needed in my life at that time – it was a great time of growth for me as an artist and a person.’

In Tobias’ opinion, large American opera houses often cater to more mature artists, whereas ‘on the American circuit Europe is known as the place where you can go and get experience.’

Tobias’ days in Vienna are the result of a youth filled with singing. Ever since he was 15 Tobias ‘felt the need’ to become an opera singer. Long before that, his parents would often take him and his brother to anything from Broadway musicals to free concerts given at the nearby Eastman School of Music.

‘I was never really interested in becoming an opera singer when I was very young, but I think [the concerts] subconsciously planted a seed in my mind. When I got a bit older I started doing musicals, I realised I loved singing, being in front of people, performing and just having fun, and it led me to what I do today.’ 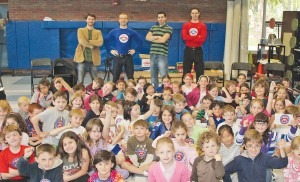 Tobias was fortunate to benefit from a strong theatre department in high school, and education is consequently something very close to his heart. While still studying at Juilliard, he and a couple of friends developed the concept of an educational opera based on superheroes – quite simply, ‘because we’re all superhero fans.’

The basis of the show – that all children have a special talent or skill (a ‘superpower’) – incorporates positive messages of respect and communication, whilst also introducing children to classical music who might not otherwise experience it.

‘The message is that we should all support each others’ superpowers. We all have one, and through this message we hope everyone will lighten up with each other, and hopefully in some indirect way, prevent bullying in the future, and make a positive environment for the children.’

Ever since its inception, the project has been growing, and has recently been licensed to Opera Saratoga, who are taking it on tour.

Outside of managing the project, and his individual performances, Tobias believes it’s vital to have other passions.

‘In any singing endeavour, rehearsing, performing on stage, practising alone, the body and mind accrue certain energies. Sometimes they’re negative, sometimes positive, but I always find I need to get rid of that energy.’

Martial arts and hiking are two of Tobias’ main outlets for this energy, and luckily Bad Ischl provides plenty of these opportunities; ‘The air’s wonderful and there are lakes everywhere. I don’t have to travel to get to work – I live right around the corner.’

‘I find some time to spend outdoors, and relax. That’s how I unwind – not by watching TV or drinking alcohol!’