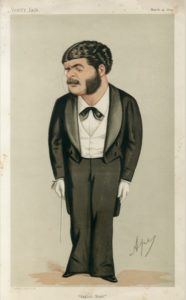 The same year composer Arthur Sullivan (1842-1900) met dramatist W.S. Gilbert (1836-1911), he wrote his Overture di Ballo, which, as one scholar suggested, might be better titled A Dance Overture.

Before his famous collaboration with Gilbert, Sullivan was an up-and-coming vocal music composer and ballet composer, who also wrote symphonies and concertos. His first Overture was written in 1866, commemorating the death of his father. The Times noted his works with approval, calling him ‘the only composer of any remarkable promise’ of his time. His 1870 Overture di Ballo remains as one of Sullivan’s few orchestral works to stay in the repertoire. 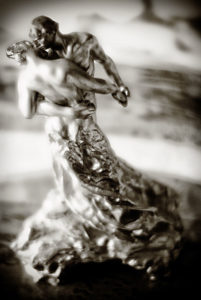 The Overture di Ballo is built around 3 dances, a polonaise, a waltz, and a galop. What’s unusual and what shows Sullivan’s true genius, is that each of the dances uses the same melody for its theme. The work maintains its life, however, through the skilful use of each dance’s particular rhythm.

The polonaise, a dance of Polish origin in triple time, has an indicative rhythm that keeps the dancers moving. Beethoven wrote polonaise movements but the best known were those brought to Europe by Chopin from his native Poland. As you can hear from the beginning, it’s a processional dance, intended to get people out on the dance floor and walking around the hall – seeing and being seen in all their splendour. 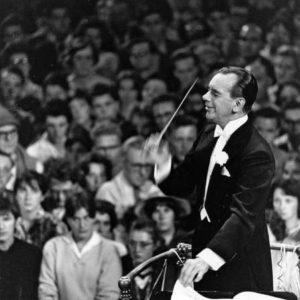 Sir Malcolm Sargent in 1960, at the Proms

The entry of the horns signals the next dance, the waltz. The waltz made it into polite society dancing by the mid-18th century but the close hold necessary between the dance partners was the occasion for much tsk-tsking on the part of censorious chaperones. The dance became known for its circling, whirling movement, best seen these days in the famous Vienna Opera Ball waltzes. Sullivan’s waltz doesn’t have the heart and soul of the waltz as we expect from the Strauss family, but he does take many cues from them – pauses, whirling melodic lines, gradual accellerandos – to keep his dancers happy.

The galop is, as its name indicates, named after a horse on the run. It came to society in the late 1820s and was a forerunner of the polka. In the music, you can almost see the horses racing by.

Sir Malcom Sargent (1895-1967) was not only an organist and a composer but also one of Britain’s top conductors. From 1948 to 1967, Sargent was chief conductor of the BBC Proms, following its founder, Sir Henry Wood. Sargent and two assistants conducted the entire Proms season – 2 months and nearly 100 concerts – by themselves. Now many international conductors share the burden. He was also, along with Sir Henry Beecham, founder of the London Philharmonic. He remained a strong champion of English music, both in the Proms and in his conducting international orchestras. When he came to the US in 1945 to conduct the NBC Symphony Orchestra, at the request of Arturo Toscanini, Sargent presented 4 concerts of nearly all-English music, much of it rarely heard in the US. This recording from 1959 has Sargent leading the BBC Symphony Orchestra in selections of lighter classical music that were played at the Proms. 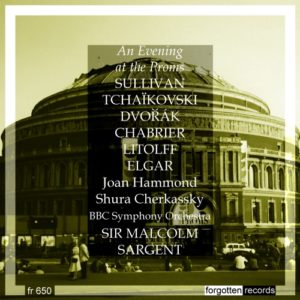