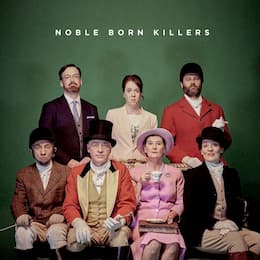 It is always a distinct pleasure to learn of a new release by the celebrated vocal ensemble I Fagiolini. In a substantial number of CDs and short films the ensemble has deliciously probed the frequently quirky imagination of artists and musician from eras past, while providing a distinctive and unique 21st-century perspective. And such is once again the case in their new short film The Stag Hunt, directed by John La Bouchardière. Described as “a modern satire about aristocracy, extinction and the environment,” it is based on the highly idiosyncratic chanson “La Chasse” by Renaissance composer Clément Janequin (c. 1485-1558). Janequin was one of the most resourceful and eccentric composers of the sixteenth century, and the “Stag Hunt” is a gripping miniature drama that alternates lyrical passages with chaotic and primal sounds. 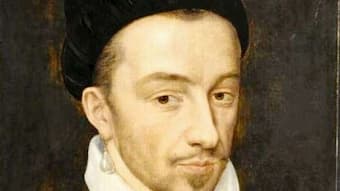 Composed in 1537, “La Chasse” narrates a royal hunting party stalking and chasing a stag for the king to kill. Pairs of hunters with dogs compete to find the stag’s traces, but not everything goes according to play. Once the beast is located, the chase begins in earnest and everything is happening all at once. Dogs are barking, horses galloping, hunting horns are sounding and excited cries of “tally-ho” are incorporated into a seven-part polyphonic texture. The imitation of the sounds of nature—known primarily as a literary device termed onomatopoeia—creates two distinct worlds of sound. One is the musical phenomenon we expect, but the source of the other is located outside this common mainstream. As such, the sounds of nature, animals and the hunt are depicted in an essentially programmatic narrative that creates a new language. In the bizarre and genius imagination of Janequin, this established an entirely new language. In essence, Janequin merges courtly music with expressions of popular styles and thereby creates a veritable Renaissance mash-up. 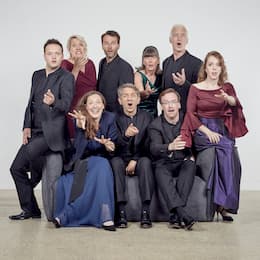 Janequin had a rather unusual career, as he never held a regular position with a cathedral or an aristocratic court. He eventually did become a priest and worked in a number of positions in Bordeaux, Paris and Angers. Habitually short of money, Janequin was nevertheless one of the more popular composers of his time. Aided by the recent invention of music printing, his works featured prominently in the editions by the Parisian printer Pierre Attaingnant. Music printing created a fertile and highly imaginative artistic environment that gave birth to a number of humorous and satirical works, a good many of them filled with risqué double meanings. Scholars have suggested that “the addition of commonplace sounds like birds warbling and singing, dogs barking, horses galloping, market vendors chanting street cries and hunting horns sounding the call for the chase, became a playful and witty assemblage of courtly, popular, and rustic traditions blended together.”

Janequin became famous for his lengthy programmatic chansons, including “La Bataille” written to celebrate the French victory over the Swiss Confederates at the Battle of Marignano in 1515. It’s impossible to escape the trumpet calls, canon fire and the cries of the wounded in this pictorial battle scene. In his “Le chant des oiseaux” Janequin imitates various birdcalls, with “birds representing special signifiers linking song and sex in unique sets of references that played both sides of the courtly-carnivalesque bifurcation.” And while we experience the sounds of a hunt in “La chasse,” are we really sure what is actually being chased? Hunting for game or exotic animals was, and in some parts of the world sadly still is, the sport of kings and financial royalty. Hunting the “big stag,” however, also carried a completely different and much more earthier meaning for Janequin and his contemporaries. Here as elsewhere, Janequin provides us with multiple layers of possible interpretations.

The camera in the “Stag Hunt” provides one such interpretation by steering the eye towards particular characters and details that are hidden in the musical texture. While the harmonies are rather static, the entire work depends for its effect on rhythmic inventions and witty superimpositions that happen at the same time. Music director Robert Hollingworth likens the music “to a soundtrack for a madcap Brueghel scene,” but Hieronymus Bosch might just as easily come into play. And while the environmental connection provides a rather narrow focus in line with popular tropes in 21st-century artistic and societal discourse, there is good reason not to get completely distracted by the visuals. The ensemble not only offers a variety of textures and colours that clarify internal details; they really never loose sight of the overall musical design. Three cheers for Janequin, and three cheers to I Fagiolini for bringing this irreverent, multi-faceted and complex repertoire to a wider audience.