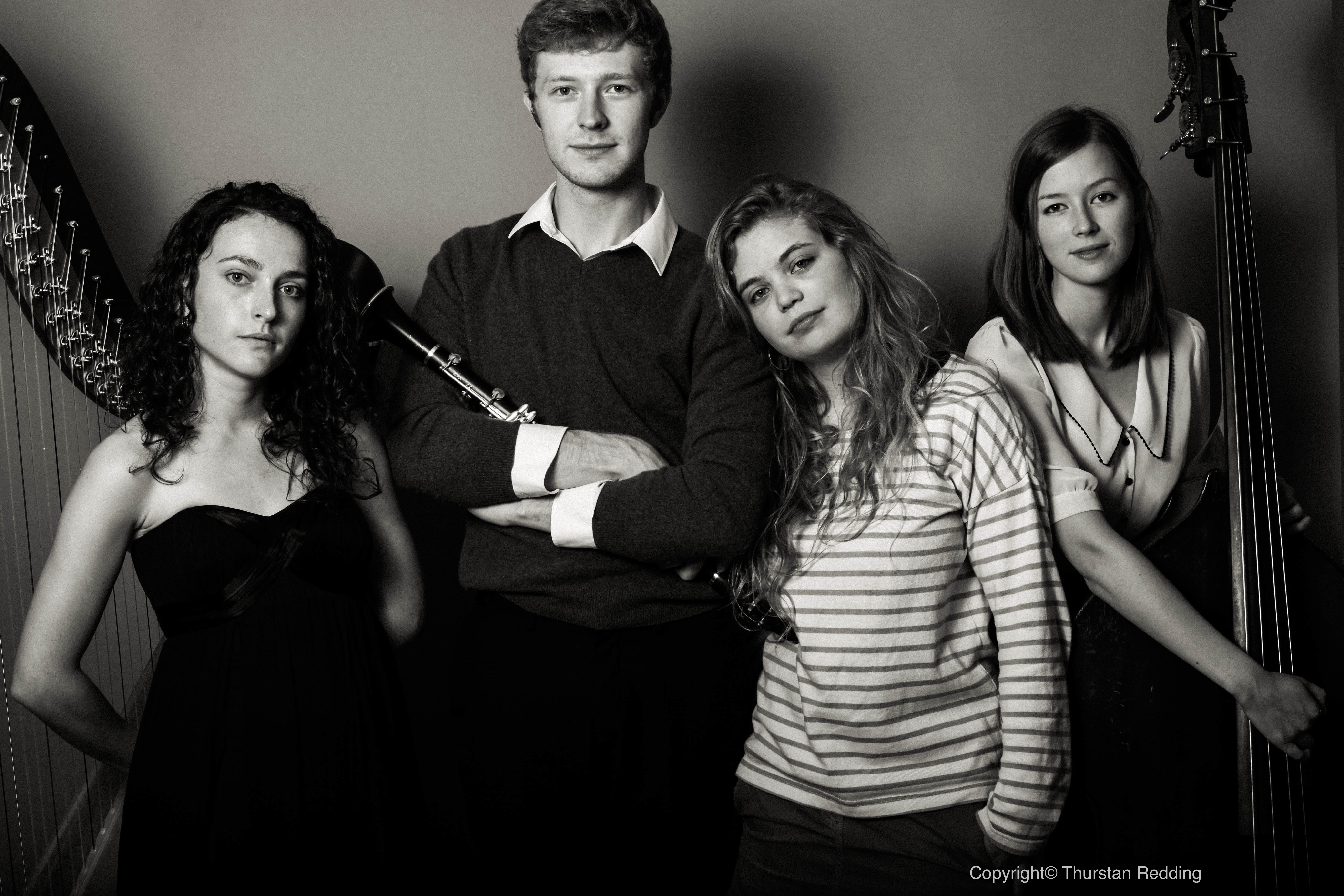 Oliver and his chamber group :
The Hermes Experiment

During my time at Cambridge, I was lucky enough to get many opportunities to play in both chamber music and orchestral projects.

Now, on the brink of beginning a masters course devoted to orchestral playing, I’ll have a chance to really see how the techniques used in playing in a chamber group and an orchestra differ, and more interestingly, what similarities they share.

The first thing you’ll hear from most musicians is that no matter what kind of music you make, it’s about communication. It’s just that in an orchestra, there’s a greater distance over which you have to communicate.

It’s also a case of being totally aware of what’s happening around you in all of the orchestra’s different sections, and being aware of your function at that time. ‘Am I accompanying?’ ‘Am I part of some subtle textural effect?’ ‘Do I have a solo, or should my line be brought out against all the others?’ Of course, in an orchestra, the conductor is on hand to aid balance and to guide the overall musical interpretation.

So, then, does the musical responsibility fall more heavily on the shoulders of a conductor? Is it easier for the players in this environment? It’s an interesting thought, because without the players, obviously there’d be no music. What some find hard in an orchestra is the need for compromise (in other words: ‘I’d like to play this solo this way, but he doesn’t like it, so it’s got to be different’). Tricky, huh?

In a chamber group, there’s obviously still a need for compromise, but you can be a lot freer with how you approach an interpretation. You can really discuss with your fellow musicians where you want the piece to go, something that is a comparative luxury when compared to orchestral playing. Rather than having to fall in line under the direction of the guy at the front, you can experiment and take risks that would be considered foolish in an orchestral setting. 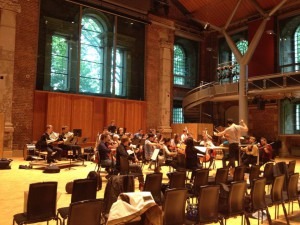 ‘Freedom!’, I hear you cry. But hold on – you’re not totally out of the woods: there is some contemporary chamber music that leaves little room for ‘personal’ expression; the job becomes just fitting all the notes together! However, even then, there can be a surprising number of points that open up for discussion; it’s just yet another subtly different kind of music making, not just an atonal jigsaw puzzle. And as usual, it is – yep, you guessed it – based on the need for communication.

I might reread this in a year or two (or sooner) and realise that this is all wrong, that you can get away with closed-ear orchestral playing, or playing a wind quintet with no eye contact. I’m pretty sure it’s a topic open to debate – perhaps you can think of times where making music in an orchestra felt like you were in a string quartet, and conversely, when you were in a chamber group with very limited room for expression. It depends on such a subtle blend of factors: the number of people involved; the style of music being performed; the actual people with whom you’re making music.

This last point is, in my opinion, the most important. The most fun I’ve ever had while making chamber music is when it was with good friends, people I got on with socially. Any music, not just chamber music, is a social event, an interaction of personalities. If you get on well with who you’re making music with, that’s half the battle won.

And if you don’t – don’t worry. It might just not be as fun! If I implied that if you weren’t best friends with your fellow musicians you would face total disaster, that would be a lie. It’s one of our responsibilities as musicians to put aside personal differences in order to make something beautiful. This is especially true in orchestras, where there are such a large number of personalities that it would be unnatural for everyone to get along one hundred percent of the time. We’re all different as people, but more often than not the desire to make great music overrides all the less important personal stuff. Cheesy, perhaps, but the majority of the time: true.