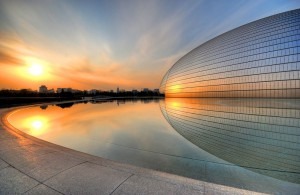 National Centre for the Performing Arts

When I open the newspaper looking for evening performances these days, all I see are operas. Following the announcement of a strategic partnership between the Oriental Art Centre and the Italian Bellini Theatre, the OAC further announced on 16th January that their opening performances for the 2013/14 season will be Cavalleria rusticana and Pagliacci, in collaboration with the Bellini.

Over in Beijing, the National Centre for the Performing Arts will be presenting Les Contes d`Hoffmann, Carmen, Otello, The Flying Dutchman, Nabucco and Barbiere di Siviglia – all in the first half of 2013. Guangzhou’s Grand Theatre is certainly unwilling to lag behind. After the great success of Madame Butterfly, they plan to produce two operas each year instead of one. The line-up includes La Traviata, Carmen, Un ballo and Aida.

Many might see this as a wonderful thing, with our venues finally receiving recognition on the international track. On the NCPA’s fifth anniversary at the end of 2012, the venue was proud to announce its total numbers from the past five years: 3,914 performances, 28 of its own productions and 8 million audience members. It also announced plans to maintain its pace of six to eight opera productions each year in order to match the volume of other famous opera houses.

These impressive figures are enough to make our international guests dizzy. And it offers us the illusion that our venues are among the best in the performing arts world, like other delusions that we cling to – large numbers of Olympic medals that make us an international sports superpower, or the astonishing amount of money spent on luxury goods that proves how rich the Chinese now are. But really, says who? 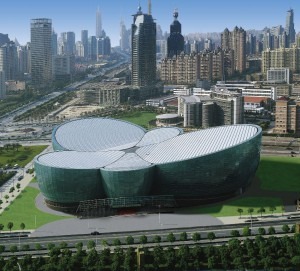 Truthfully, I am in favour of theatres staging their own productions rather than bringing fully staged western productions to China, because the latter is after all only a temporary way to help boost our own performing arts industry. Not only that, but the huge cost of bringing in western productions also inevitably leads to high ticket prices, which discourages audiences from visiting the theatre.

What I don’t want to see is this opera phenomenon ending up like some competition between our theatre venues. So my question for the big bosses is this: what are these operas being produced for? Most of them run for two nights – three at most – only to disappear forever. Only the NCPA has plans to repeat its productions, but then how many of these have ever made a splash in the arts world? Not to mention the slightly unrealistic pace that the NCPA has set itself for upcoming productions.

As much as I admire the bosses’ ambitions to produce as many operas as possible “for the people”, it often appears that audiences have the least say because their taste is dictated by the decision makers from the very beginning. For the most part, all we remember are the grand set pieces, gorgeous costumes and rich detailing, which might as well be nothing at all because the stories, characters and performances have so little to do with our reality. In contrast, many productions in the western world are tested by critics and audiences, with high quality ones picked up and repeated for years, and introduced worldwide.

We are proud of the speed of development here in China, but shouldn’t we try to keep our productions alive as well? After all, a self-produced opera doesn’t come cheap either, and we burn millions each year. We invite renowned conductors and performers but we lack humble hearts, open minds and free artistic expression. A good production needs directors with vision, courage and, most importantly, a creative spirit, in order to leave something powerful for “our people” to remember for the rest of their lives. Isn’t that what our ultimate goal should be?

Maybe it’s time we slow down and start thinking about quality here in China. As Steve Jobs so famously said, “Our goal is to make the best device in the world, not to be the biggest.”