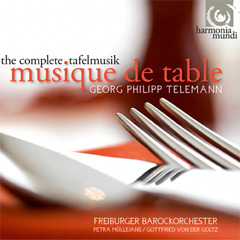 The most prolific composer of his time, Telemann’s music was a driving force behind the late Baroque and early Classical styles.

This is a delightful banquet of late Baroque “goût” to be savored during this festive season.