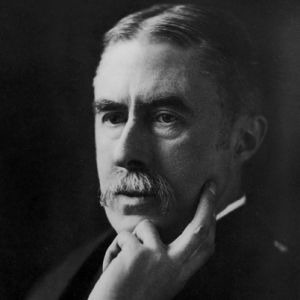 The English poet A.E. Housman (1859-1936) is best known for his collection of poems about the countryside: A Shropshire Lad (1896). Houseman’s poems sold slowly at first but after the Second Boer War (1899-1902), its poems about life in the countryside and its young men’s early deaths struck a chord in its readers. It became even more popular during and after WWI, when England felt it had lost both its innocence and its innocents in the war.

The poetry of the collection has also struck a chord with English composers, who have set many of the poems as songs. If we look at one poem, Is My Team Ploughing, and four different settings of it, we can hear how each influenced the next, until the final setting of only 10 years ago.

In his song cycle, On Wenlock Edge (1909), Ralph Vaughan Williams (1872-1958) set six poems from A Shropshire Lad. Although Vaughan Williams’ setting was before WWI, it benefited from the interest in Houseman’s poetry during the war and afterwards. Unusually for a song cycle, the work is for tenor, piano, and string quartet. The addition of the string quartet gives the songs a different quality and depth. 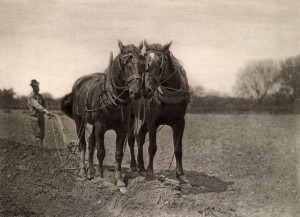 The third song, and No. 27 in Housman’s collection, is ‘Is My Team Ploughing,’ a dialogue between a dead man and his friend who is still alive. There is an implication in the poem that the living man has taken up the girl of the dead man. The dead man wants to be reassured that the world is as he left it: his horses plough, his team still plays, his girl is happy, and his friend is hearty.

Vaughan Williams: On Wenlock Edge: No. 3. Is my team ploughing? (Ian Partridge, tenor; The Music Group of London)
The setting of the poem by George Butterworth (1885-1916) in his song cycle Six Songs from A Shropshire Lad (1911) is quite different: it offers a much stronger contrast between the fail, fainting voice of the dead man and the hearty voice of the living. It’s only on the last lines that the hearty voice takes on a resonance of tenderness and that tells us everything we need to know about the situation. One of the most effective performances of this was by Peter Pears with Benjamin Britten at the piano, with the delicate balance between the interlocutors beautifully done. 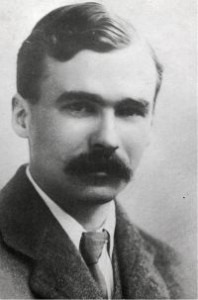 The English composer C.W. Orr (1893-1976) set this same poem to music in 1925. As a composer, Orr focused on song and set more of the poetry of A.E. Housman to music than any other composer.
Even with its simple piano accompaniment, Orr’s setting has a more modern feel and the harmonies give us a more bittersweet feeling to the conversation. 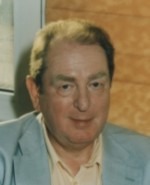 Stephen Duro (b. 1939) makes much more sparing use of the piano in his 2006 setting. He takes a greater freedom at the end of the song to use the piano for emphasis and for providing little ornaments behind the singer.

Duro: Is My Team Ploughing? (Stephen Foulkes, baritone; David Bednall, piano)
From Vaughan Williams’ setting for voice and piano quintet to the following settings for voice and piano, we hear the growing freedom of the setting: the piano has become a commentator on the words rather than just an accompaniment, particularly in the last setting.

IS MY TEAM PLOUGHING
A.E. Housman
A Shropshire Lad, No. XXVII

“Is my team ploughing
That I was used to drive
And hear the harness jingle
When I was man alive?”

Ay, the horses trample,
The harness jingles now;
No change though you lie under
The land you used to plough.

“Is football playing
Along the river-shore,
With lads to chase the leather,
Now I stand up no more?”

Ay, the ball is flying,
The lads play heart and soul;
The goal stands up, the keeper
Stands up to keep the goal.

“Is my girl happy,
That I thought hard to leave,
And has she tired of weeping
As she lies down at eve?”

Ay, she lies down lightly,
She lies not down to weep:
Your girl is well contented.
Be still, my lad, and sleep.

“Is my friend hearty,
Now I am thin and pine,
And has he found to sleep in
A better bed than mine?”

Yes, lad, I lie easy,
I lie as lads would choose;
I cheer a dead man’s sweetheart,
Never ask me whose.