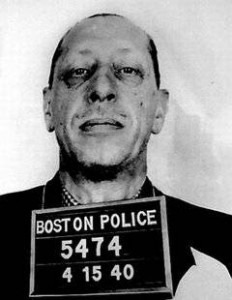 Recently, a number of European countries have actively changed, or are contemplating to change, the words and or melodies of their national anthems. Designed to reflect the social and cultural climate of the 21st century, these attempted changes, as you might well imagine, are not greeted by universal approval. An intricate and patriotic part of nation building, national anthems convey a sense of history, tradition and the struggles of its people. As emotional heritage, they are used in a wide array of contexts, anywhere from national holiday and festivals to sporting events. Above all, they project unity from “within” and serve to demarcate the “outside.” Yet, national anthems have never been immune to changes in melody and/or text. As geographical, political, cultural and social realities undergo changes over time, so do national anthems.

Official changes to melody and text aside, individuals can still be fined, or if need be imprisoned, for performing or arranging national anthems in an undignified manner. The current enforcement of such laws, as you might well know, is definitely up for interpretation. But in times of war, there can be no room for levity. Just ask Igor Stravinsky, who first visited the United States in 1925. Impressed by skyscrapers and the “boundless energy of your immense country,” Stravinsky returned in 1939 to deliver lectures at Harvard University. At the invitation of his great friend Serge Koussevitzky, Stravinsky also conducted the Boston Symphony. In 1940 and 1941, Stravinsky made various trips to the Disney studios in Los Angeles to oversee the integration of his Rite of Spring in the animated feature Fantasia. However, he also felt compelled to act on his “desire to do my bit in these grievous times toward fostering and preserving the spirit of patriotism in this country.” As such, according to an interview with his biographer Robert Craft, Stravinsky made an arrangement of the national anthem in Los Angeles in July 1941, and conducted a performance shortly thereafter. On 15 January 1944, Stravinsky conducted his arrangement of the Star-Spangled Banner with the Boston Symphony Orchestra. According to eyewitnesses, the rendition was greeted by deafening silence. Prior to a second scheduled concert, the Boston Commissioner of Police approached Stravinsky and ordered him to remove the work from his concert. Apparently, there was a Massachusetts law on the books that prohibited any rearrangement of the anthem. Stravinsky, who was looking to become a US citizen that very same year, begrudgingly withdrew the arrangement and the honorable Thomas F. Sullivan bequeathed that “ there would be no further action.” Incidentally, the famous mug shot of Stravinsky dates from 1940 and his application for a passport; it has nothing to do with the 1944 incident. If an unconventional, yet harmless major seventh chord can elicit such passions, what are we to make of the renditions by Jimi Hendrix, Rosanne Bar, Janet Jackson or Christina Aguilera?