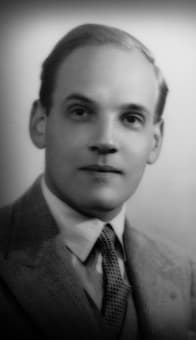 English composer William Busch (1901-1945) started his music career as a concert pianist, performing mostly in the UK, Europe, and the US, and then turned to composition.

In 1915, he was sent to the US because of the war, and there started his music studies, remaining in the US until 1921 and recommenced his studies in Berlin. In 1924, he returned to the UK and started studying with Benno Moiseiwitsch and when Moiseiwitsch was travelling, he worked with Mabel Lander, who took Moiseiwitsch’s better students. Busch was never convinced that Moiseiwitsch really remembered who he was between his travels and this was borne out by Moiseiwitsch co-booking both William Busch and Alan Bush for the same time. The two students remained firm friends and both studied composition under John Ireland later.

Busch’s sensitivity to himself and his abilities often manifested in a nervous condition in his arms that prevented him from playing easily. Unfortunately, this also disturbed his ability to compose.

Busch started to compose his first songs in 1933, after a 5-year pause for his nervous condition. In setting poetry to music, he relied on the taste of his wife, Sheila Busch, who he married in 1933. One of his early settings was of Robert Herrick’s The Fairies (1934).

The text, on keeping up the house to keep the fairies happy, is slight, and Busch’s setting picks up on the lightness and humour in the poem. 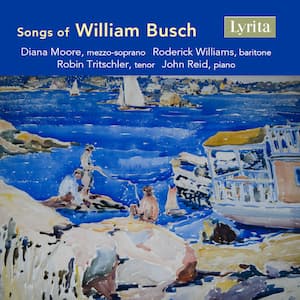 After a hiatus from the war, which he, having German heritage and as a conscientious objector, found very difficult. When he appeared before a tribunal in Bristol to plead for his status as a CO, the judge found for him and recommended that he should continue to compose his cello concerto. He joined the Auxiliary Fire Service and raised money for equipment through concerts.

Most of his major instrumental works were written between 1940 and 1944. He returned to vocal music in 1944, with his last composition being a song cycle on war texts. There Have Been Happy Days. The five poems take us from a recognition that it is our memories of happy days that will sustain us in the upcoming years of tragedy. The Soldier commemorates those men who strode on towards an unknown destiny.

The Goldfinches is a memory of the birds they saw together in peace and if, like the birds returning in Spring, her soldier would come back as well.

William Busch: There Have Been Happy Days – III. The Goldfinches

The Kitbag is the symbol of his non-return. The cycle ends, though, on a note of upmost optimism: The Promise is that of spring: flowers return, young animals cry at their birth, but around her, all is loveliness and birth. After the desolation of The Kitbag, the next song and final song bring us back to peace.

William Busch: There Have Been Happy Days – V. The Promises

Busch’s pieces are beautiful little gems of English song. The piano lines reflect the writing of an accomplished pianist, complementing and completing as only the best accompaniment can do. This recording, performed by mezzo-soprano Diana Moore. Baritone Roderick Williams, and tenor Robin Tritschler, with John Reid on the piano, contains 21 songs by William Busch and 12 songs by his contemporaries: Elizabeth Poston (1905-1987), Gerald Finzi (1901-1956) and Michael Head (1900-1976), most written in the 1930s and 1940s.