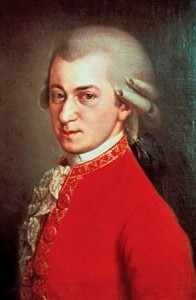 I first heard this work live about ten years ago, at a concert given in London by the American pianist and noted Mozart scholar Robert Levin. Played on a fortepiano, whose relatively modest voice spoke so elegantly, from the opening measures I was completely entranced. It’s a piece that keeps surprising both listener and performer.

Composed in the spring of 1787, after Mozart returned from Prague, it has been suggested that its composition was in response to the news that one of the composer’s closest friends, Count August von Hatzfeld, had died, and may therefore be a rare example of a personal event in Mozart’s life prompting a composition. The piece is introspective and private, consistently freighted with melancholy and sadness, while exuding a thoughtful, measured elegance throughout. It is touching and beautiful, simple and perfect; but its deceptive transparency offers no place to hide. It requires great clarity and preciseness in order to express its overriding melancholy and its poignant charm.

The Rondo theme is a pensive melody which looks forward to Chopin. A rising theme, yet it hardly seems to move forward, and with each weary semitone step, there is a dying fall, almost sigh or a painful intake of breath, emphasised by the quaver rests. The dissonance, created by the first ornament (which reappears regularly throughout the piece) further enhances the sense of tragedy. Each reappearance of the theme is treated slightly differently, further emphasising its pathos and poignancy. The word “zal“, more often associated with the music of Chopin, seems entirely appropriate here, with its bittersweet melancholy, poetic shadings, plaintiveness and longing. The C major phrase is somewhat less painful, but it is hardly hopeful.

The first subsidiary theme harks back to the Baroque in its use of counterpoint and chromaticism, while the texture is suggestive of string quartets with its different melodic voices. The new theme pours forth, the mood more hopeful and consoling, with a lovely cello-line in the left hand which is very different to the haunted bass of the opening melody. There’s an almost operatic grandeur through these measures, immediately dispelled when the music lurches unexpectedly into D-flat major at bar 46. The music creeps chromatically, recalling the opening theme, and, after an episode marked by plaintive descending and ascending chromatic figures, the earlier material returns, building to a climax. A greater, more full-toned climax is then carried through to a grand, energetic arpeggiated figure in the right hand. From here, the long chromatic notes hark back, once again, to the chromaticism at the beginning of the piece until a section where the music seems hang in suspense in the dominant, in anticipation of the return of the rondo theme.

The second statement of the theme is stripped of its C major sentence, and is even more haunting, with sobbing, breathless syncopations, a kind of written rubato, which needs no additional increase or decrease in tempo in the bass line (again prefiguring Chopin).

Now, we are in more familiar, comfortable territory, for here is Mozart at his most charming and elegant, before a brief shift into B minor, with dissonance created by the ornaments. A more hopeful D major passage (I read somewhere once that Mozart declared D major “the happiest key”) follows, reprising some of the material from the A major interlude. At bar 116, the chromaticism in the bass again recalls the opening motif, leading into further chromatic surges and grinding diminished seventh harmonies. The thematic material of the opening is never really forgotten, thus further reminding us of the prevailing sense of sorrow.

At bar 129 the rondo theme returns in its original form, but with more elaborate ornamentation this time, tortured rather than decorative. There’s a real sense of desolation at bar 155, while the repeated A’s and chromaticism in bars 155-157, evoke almost a wailing, grief-laden lamentation.

The Coda, beginning at bar 163, heartbreakingly recapitulates all the elements that have gone before and all the motifs return in a grim, Bachian setting. It is highly emotional, mixing tragedy and frustration, with a final, whispered statement of the opening theme in the closing measures.

More a Fantasia than a strict Rondo in the organisation of its thematic material, the K511 offers many technical challenges, and requires absolute clarity in its delivery. Overly fussy playing will only obscure the deeply emotional nature of this work – and this, to me, is the real heart of it. Conveying that sense of melancholy, sadness and grief is the hardest part, while always maintaining honesty and fidelity to the score. For those of us whose early pianistic encounters were with the ‘boyhood’ works of Mozart, the pieces with the earliest ‘K’ numbers, jaunty little numbers, all smiling childish innocence and playfulness, the Rondo K511 represents a work of great maturity and life-experience.

Too often, Mozart’s music is given a simplistic reading, but it is not for nothing that the pianist Artur Schnabel pronounced the piano sonatas of Mozart “too easy for children, and too difficult for artists“, while Leonard Bernstein said, “Mozart combines serenity, melancholy, and tragic intensity into one great lyric improvisation“, a quotation which, to me, beautifully sums up the enduring fascination and appeal of the K511.