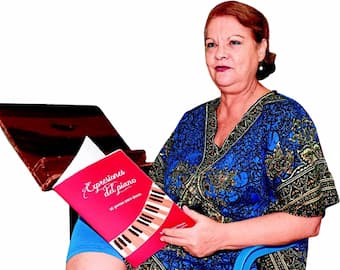 Ecuadorian composer Blanca Layana is the recipient of the Medals of the Philanthropic Benemérita Society of Guayas. Growing up in Guayaquil, she was not only a former student and composition and theory instructor at the National Conservatory of Music Antonio Neumane, but she was also one of the founding teachers at Rimsky Korsakov Conservatory there. Her talent in composition was recognized when she was still a student. She studied in both Ecuador and Ukraine, and her teachers included Yakov Gubanov, a disciple of Dmitry Shostakovich.

Her compositions reflect her love of her country. Many of the titles of her works display her interest in folk music, such as this piano piece, Ilusión Indígena, which is a yaravi, one of the traditional Andean folk genres.

Guayas y Quil is a symphonic work written in 2013. It was inspired by a story heroism and love between the Indian chief Guayas and his wife Quil who fight against the Spanish invaders during the Spanish conquest of the 18th century. Guayaquil is named after this legendary couple. 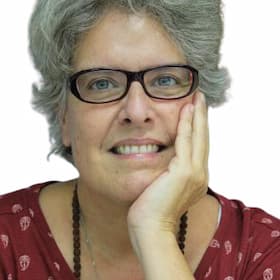 Venezuelan composer Adina Izarra is currently a professor at Universidad de las Artes in Guayaquil, Ecuador. Her compositional style has varied from medieval style to abstract electronic music. A lot of her works were written for flute and piccolo, including Plumismo for solo piccolo. This piece is the first piece to showcase her love of birds. Plumismo can be translated to featherism. The music imitates bird sounds with extended techniques such as flutter tongue.

Toledana (The woman from Toledo) was based on a love poem written by Sonia Chocrón, a Venezuelan poet, novelist, screenwriter, and playwright. Izarra’s Toledana is presented through puppets as a video opera. In the opera, the love poems are read by a female voice. Throughout the piece, the composer creates a unique sound-world using the sounds of the early baroque guitar and tiorba (a lute instrument), along with modern, electronic elements.

32 Bright Clouds Arietta, “Arietta for the 150” is a solo piano work composed in 2018 as part of the project called 32 Bright Clouds: Beethoven Conversations Around the World. The project invited 32 composers from all over the world; each of their works is related to one of the 32 piano sonatas by Beethoven. “Arietta for the 150” is based on Beethoven’s Sonata No. 32 in C minor, Op. 111. In addition to being part of the project, this work is particularly dedicated to the 150 people who died from the demonstrations in Venezuela in 2017.

Visual art and choreography are often as important in Izarra’s work as music. This is seen in two of her recent works, Germinar, verbo Intransitivo is written for electronic music and dance; Cornucopia, another electronic work, is named after the artwork of a Colombian contemporary artist, Nancy Friedemann-Sánchez. 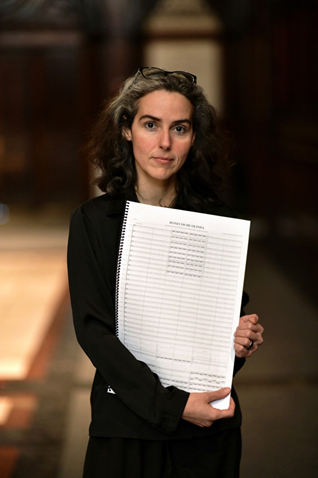 As the daughter of well-known guitarist Sérgio Assad, Clarice has written number of works for solo guitar and guitar ensembles. Danças Nativas, written in 2008, was nominated for a Latin Grammy for best contemporary composition in 2009. It was commissioned by the Aquarelle Guitar Quartet, and the three movements display the very different elements of Brazilian music.

Bluezilian is another piece written for guitar quartet. It was originally written for her father and uncle (Odair Assad) for their performance with two members of the LA Guitar Quartet. However, it ended up being premiered by an all-female Russian guitar quartet after many years. Since then, this work remains one of Assad’s most performed works for guitar ensemble, and many alternate versions including marimba trio have been arranged. 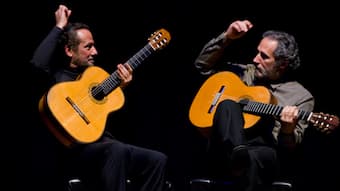 Suite Back to our roots was a father-daughter collaboration. Written in 2009, this work incorporates the lyrics by Christianne Karam. According to the program note, this work pays homage to their immigrant ancestors who left their original homes and looked for a better life in another country. The four movements express the complex feelings of adventure and nostalgia of moving to a new environment, and the hopefulness and happiness about the future.

Back To Our Roots has been arranged for various ensemble sizes and instrumentations, this performance is played by the Assad family, including Clarice Assad who is the vocalist in this performance:

Clarice Assad: Back To Our Roots