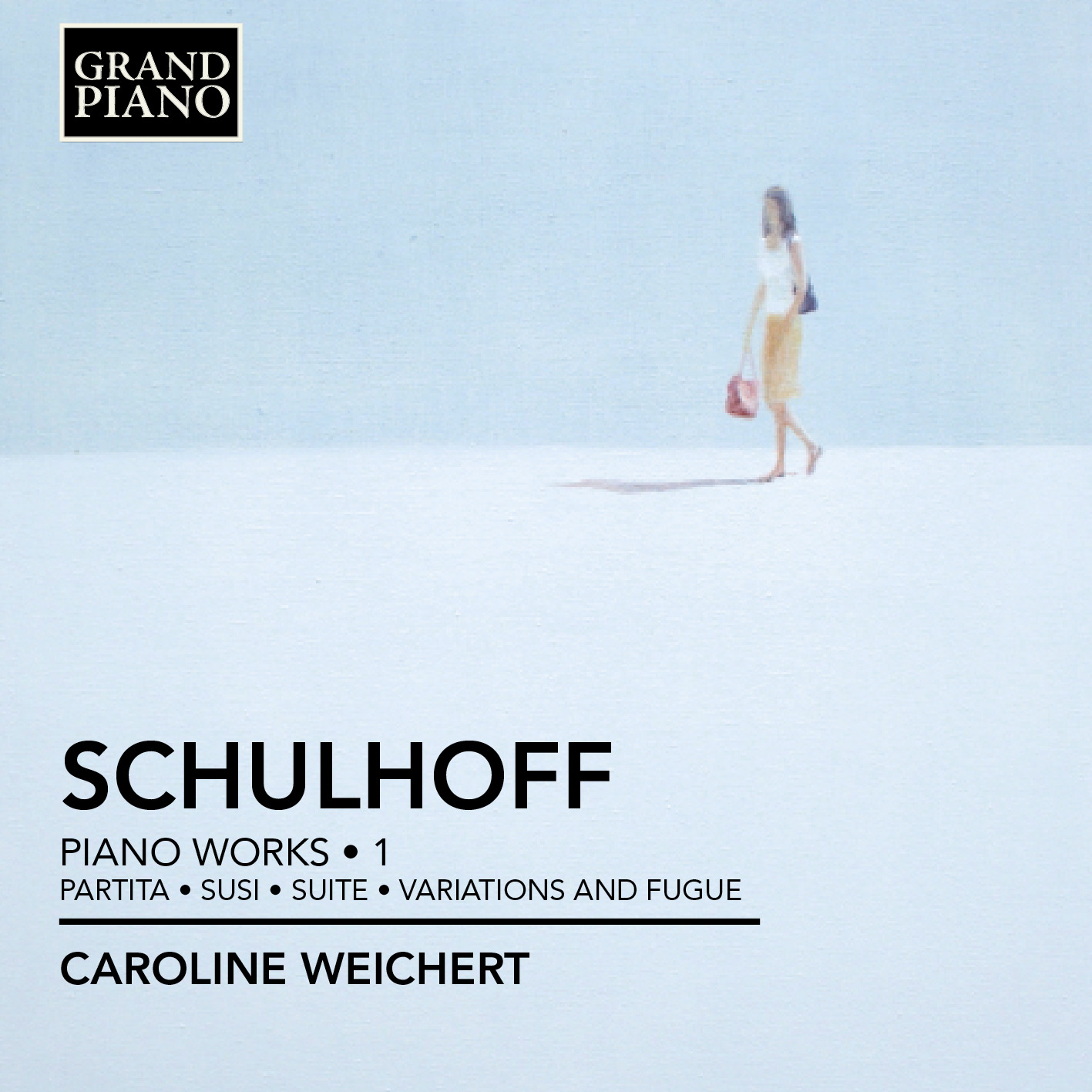 Schulhoff: Partita for piano, WV 63 – IV. T empo di fox à la Hawaii
During his short life Erwin Schulhoff absorbed a wide range of musical styles. The jazz-inspired Partita includes witty takes on the tango, foxtrot and shimmy. Further synthesis comes in the Suite No 3, written for the left hand alone, which adapts folk and jazz influences in a bracingly novel way, while the Variations and Fugue reveals indebtedness to Debussy, with whom Schulhoff studied.

Erwin Schulhoff was born in Prague on 8th June 1894 and showed musical ability from an early age. A musical career was decided upon on the recommendation of no less than Antonín Dvořák, Schulhoff studying at the Prague Conservatory from 1904 followed by piano tuition in Vienna from 1906 then composition in Leipzig with Max Reger from 1908 and latterly in Cologne with Fritz Steinbach from 1911. In the meantime he laid the basis of a career as a pianist, while his efforts at composing were rewarded with the Mendelssohn Prize in 1918 for a piano sonata. While his music up to the First World War had shown the expected absorbing of influences from Brahms and Dvořák, via Strauss, to Debussy and Scriabin, four years spent in the Austrian army saw him adopt a more radical stance both artistically and politically. Over the next few years, he took on the values of both the Expressionism represented by Schoenberg and the Second Viennese School, and the Dadaism as espoused by George Grosz, whose advocacy of jazz found its way directly into much of Schulhoff’s music from the period. The later 1920s saw something of a rapprochement between these competing aesthetics – evident in a number of chamber works and concertos, as well as the First Symphony, the ballet Ogelala, the ‘jazz oratorio’ HMS Royal Oak and an opera about Don Juan entitled Flammen which, however, was a failure at its Brno première in 1932. That year also saw Schulhoff’s Second Symphony, its lucid neoclassicism hinting at a change of direction whose political motivation was soon confirmed in the cantata Das Manifest with its settings of Karl Marx and Friedrich Engels. Looking to the Soviet Union for a solution to the political and economic problems besetting Europe, he focussed on the symphony as the best medium to communicate his new monumental idiom. Six more were begun between 1935 and 1942, though the Seventh</em and Eighth are unfinished. Having lived in Prague for most of the inter-war years, working as a pianist in theatre productions and for radio broadcasts, Schulhoff was to find himself without any means of support after the German occupation of Czechoslovakia in 1939. Although he took Soviet citizenship, he was arrested before he could finalize his emigration to the Soviet Union, being deported to a concentration camp in Wülzburg where he died (most probably of tuberculosis) on 18th August 1942. Schulhoff’s jazz-inspired music occupies a specific period in his output and represents a move away from the iconoclastic stance of his music soon after the First World War toward an idiom that was contemporary though accessible to a broader audience without as yet needing to be overtly political. Although these works are predominantly chamber and instrumental, elements of jazz are detectable in such larger-scale works as the First Symphony (1925) and the opera Flammen (1929) and reach their apogee in the ‘jazz oratorio’ HMS Royal Oak (1930). Such elements then decrease markedly in the face of the composer’s intensifying political commitment, though work as a freelance pianist meant they did not disappear from his music until his very last years. As with his older contemporary Martinů, jazz had become integrated into his musical thinking without needing to draw attention to itself.