Multimedia was alive and well in 1924, and with the title Relâche—loosely translated into “No Performance today,” or “Theatre Closed”—everybody automatically knew that the ballet collaboration between Francis Picabia and Erik Satie was in the firm grip of Dadaism.

Both artists had a distinctive flair for the irreverent and a taste for controversy, and the ballet was specifically intended to provoke. Satie even called the work “a pornographic or obscene ballet” as some of the staging included large silver breasts with light bulb nipples. However, there was essentially no plot as a female character dances with a changing number of male characters, including a paraplegic in a wheelchair. And there is a man dressed as a fireman who wanders around the stage, pouring water from one bucket into another. Between acts and after the overture, the film “Entr’acte” was shown. An experimental film by critic Rene Clair, it featured scenes filmed in Paris that included a dancing ballerina with moustache and beard, a hunter shooting a large egg, and a mock funeral procession with a camel-drawn hearse. 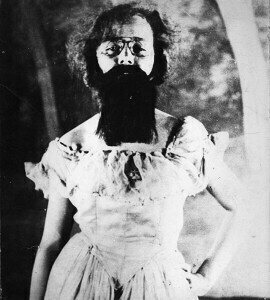 Erik Satie composed the music for the ballet and the film, which has been described as “revolutionary.” The score for “Entr’acte” is certainly an excellent example of early film music, as different segments reflect and support “the rhythm of the action and serve as a kind of neutral rhythmic counterpoint to the visual action.” Satie adopted popular tunes, including a number of very risqué army songs for Relâche. While the ballet is little more than a nonsensical fragmented spectacle, the music is essentially unified and symmetrical. Recurring motives are transformed and contextualized to connect the scenes. 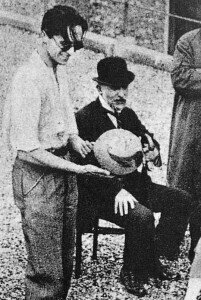 The first performance was scheduled for 29 November 1924, but ironically it had to be cancelled. Jean Börlin, the principal dancer, choreographer and artistic director of the Ballets Suédois had unexpectedly fallen ill. As such, the premiere only took place on 4 December 1924 at the Théâtre des Champs-Élysées in Paris. Audiences and critics were rather unimpressed, attacking “the stupidity of the staging and the inanity of the musical score.”