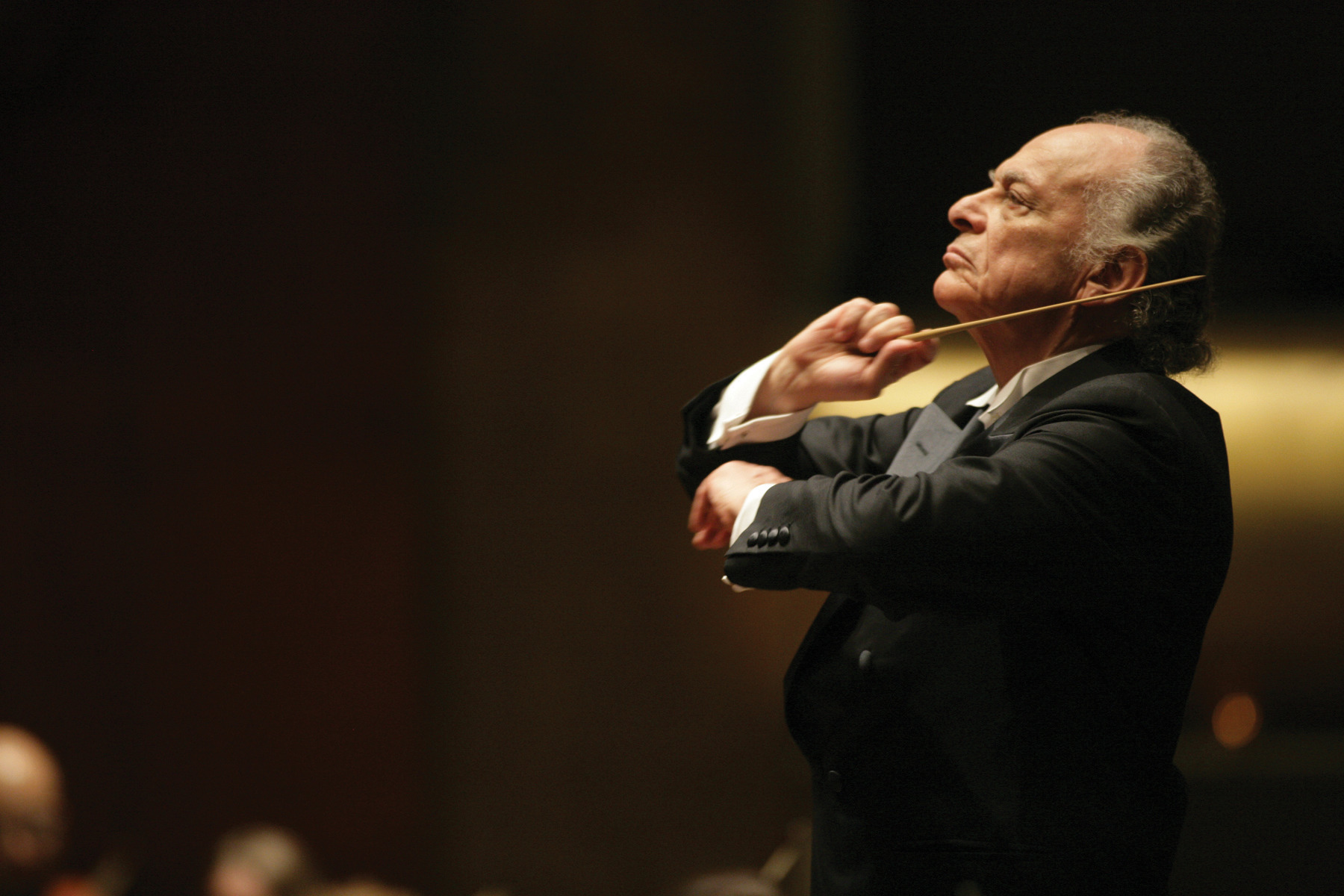 On Friday, 1 November, and Saturday, 2 November, the Hong Kong Philharmonic, under Lorin Maazel performed an evening of Wagner. But, it wasn’t Wagner as most of us knew it. The evening started with the Siegfried Idyll, famously given its private premiere to an audience of one. Written for the birthday of his wife, Cosima, and to celebrate the birth of their son, Siegfried, Wagner’s Idyll was a Christmas present. It was performed on Christmas morning by players stationed in the stairway of the Wagner house on Lake Lucerne, Switzerland; Cosima awoke to the opening strains.

For Hong Kong, Maestro Maazel took over another staircase: this one leading to the Concert Hall. Perched on the narrow stairs (special platforms had to be created for some of the players), the small ensemble launched into Wagner’s love letter to his wife and new son. Surprisingly, the sound worked well in the space – there was some ongoing noise from the ground floor cafe and from people walking with loud shoes, but even in the upper balconies, the sound rose, beautifully balanced and was beautifully conducted.

The second half of the concert was Maazel’s own arrangement of the entirety of the Ring Cycle, all 18 hours of it, reduced to an orchestral synthesis of 70 minutes called The Ring Without Words. Every theme of the operas was presented, in order, in Wagner’s orchestration, but without the singing. The orchestra was enlarged for the evening, with extra players brought in from the HK Sinfonietta and European orchestras. The result was a something seldom matched in the hall in terms of volume. At times, the listener was hit with a wall of sound that nearly threw her back in her seat. It was magnificent. It was an evening where both the audience and the orchestra learned about the other side of music – the side that’s most like running a marathon and how much it requires from both audience and orchestra in terms of the discipline and rigours of training to prepare for it. The orchestra is to be congratulated in their production; and Maazel for his brilliant reduction of operas that have become the benchmark of an opera company’s achievement. One of the unintended results was that, for the first time, it was possible to see an orchestra playing Wagner’s magnificent music. They weren’t buried in the pit; or, in terms of Bayreuth, buried under the stage. It was possible to watch the magic of the brass section, the stringent demands made of the string section, as well as the four harps. There were some rough spots and some places where overly-exposed sections showed their weaknesses, but, overall, it was a performance to be remembered and treasured. The orchestra, at the end, looked both exultant and exhausted.