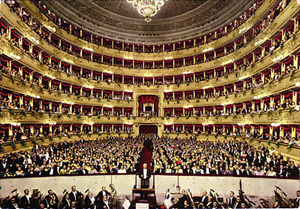 Italians have a particular sense of elegance – refined, understated and polished, with delicate attention to detail. They are probably the most sophisticated Europeans. Yet their food is unpretentious – simple but so heavenly delicious – not to mention the desserts and the wine. And, of course, there’s the culture – the architecture, arts, music and opera.

I haven’t been to Milan in years, and the last time I went, it was for a whirlwind one-day meeting with a fashion house. All my previous visits were for business, so I lacked the opportunity to explore the history of the city, much less spend an evening at a concert or opera. 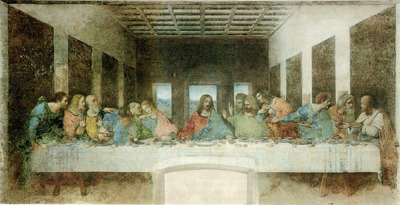 My trip in June was therefore very special. I took my daughter Melissa to discover Milan with me. It was her first visit, and mine too, as a tourist. I secured tickets to La Scala and booked a city tour. I tend to dislike tours and crowds when I travel alone, but it was the only way for us to get to see Da Vinci’s Last Supper.

As it turned out, joining the tour was a good decision and perfect timing, because the itinerary included a visit to La Scala. Once there, I was enlightened on the opera house’s history, and visited its small museum and listened to historical anecdotes before attending the evening performance.

That night, I had my première encounter with Gounod’s Roméo and Juliette, which I had never heard before apart from a few arias. It was musically pleasant and enjoyable, though not the most outstanding work of art, in my taste.

The staging was faithful to the time during which the story is set. There was no fancy transposition, no moving the set into the 21st century, although the portrayal of Juliette felt a little exaggerated. Watching her jump around giggling and gesticulating was annoying, even if she is supposed to be a 14-year-old. Nevertheless, the young Mexican soprano Maria Alejandres was charming as Juliette. Before long, her resplendent voice, appealing physique and enthusiastic acting won the hearts of the audience.

Brazilian tenor Fernando Portari, on the other hand, was quite disappointing at first. His voice sounded modest and indecisive. I must say, however, that my expectations of tenors are usually quite low. This is going to be just another average opera tenor de service, I often tell myself. But 30 minutes or so into the performance, Portari’s voice began to open up and gain more assurance. His ensuing arias even featured controlled nuances and delicate colours. In the end, Portari seduced and moved the audience. His talent generated genuinely warm applause. He was definitely the right Roméo for the evening, winning not only Juliette’s heart, but those of the entire Milanese audience.

The highlight of the evening for me was the Canadian conductor Yannick Nézet-Séguin. Melissa and I were sitting in one of the side boxes and almost had to lean forward to have a full view of the stage. But with the whole orchestra positioned under us, it was amazing to watch the musicians move and interact. I was especially struck by the conductor, whether he was leading the orchestra or accompanying the singers, his enthusiasm and energy were remarkable. I was also impressed by how well he knew the score. He sang passionately throughout, including Juliette’s arias!

Overall, we had a great time, but the whole point of this article, is not really about Milan, La Scala or Roméo, it is about my evening with Melissa, because there’s nothing more gratifying and satisfying than sharing one’s passion with someone you love.