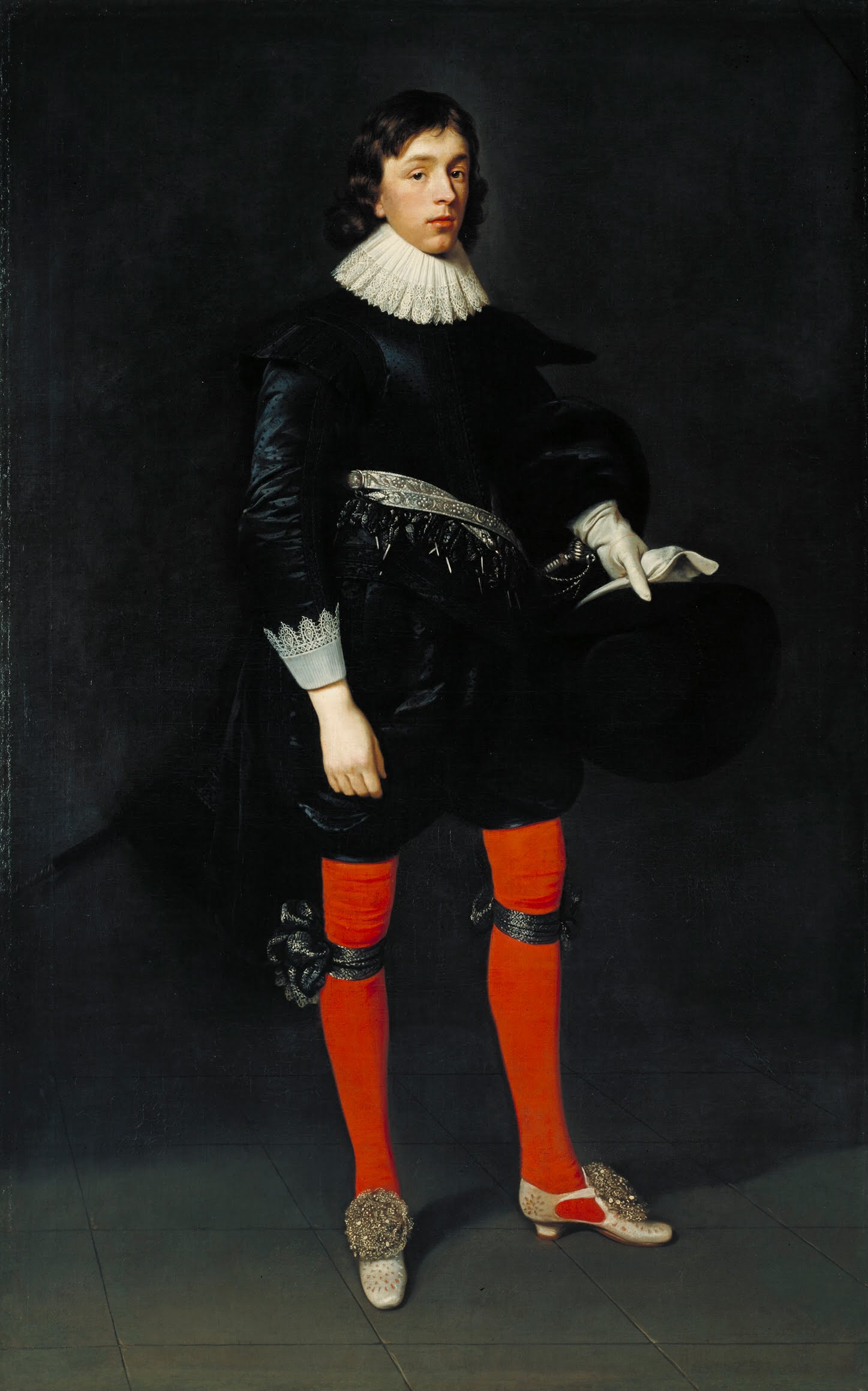 The elegant young man about town in the 17th century carved his way through the world dressed very very well. Fine cloth, elegant cuffs, a lace collar – and stockings.

So what kind of instrument might the elegant young man play? If he were in Italy, he might play the lute, his legs delicately crossed in front.

In England, however, the lute shared its popularity with the viol. The viol, as an instrument, has long vanished from the repertoire of the current elegant young man about town – now, he’s more likely to play his iPhone rather than an instrument – but in the 17th century, being a musician was an important skill. As was detailed in Castiglione’s monumental work The Book of the Courtier, the courtier is described as having a cool mind, speaks in a good voice with beautiful and elegant words; he must have proper bearing and use appropriate gestures. The courtier is also expected to have a warrior spirit, to be athletic, and have good knowledge of the humanities, classics and fine arts. And this would include, of course, knowledge of music. 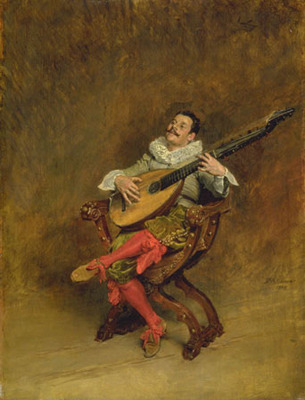 The viol, although it looks likes it might be related to the violin, actually form a completely different family. The back of the instrument is flat, rather than curved like a violin back; has sloped rather than rounded shoulders; has C-holes, rather than F-holes on the front of the instrument; and, more importantly, six rather four strings. 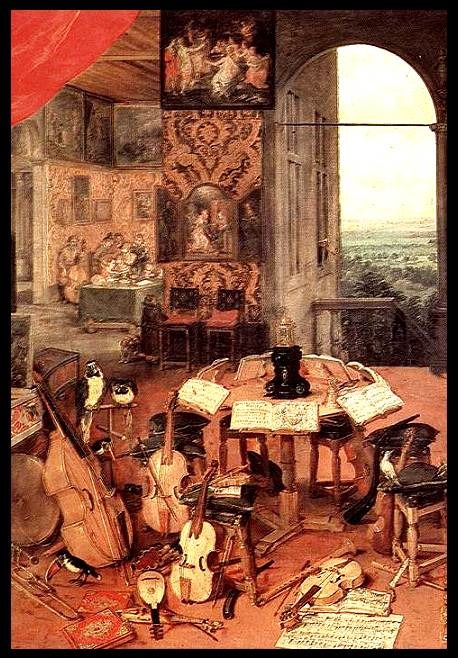 Breughel and Rubens: “Hearing” from “The Five Senses” detail (1618)

As we can see in Breughel’s painting of the various viols, the instrument came in many sizes, which enabled viols to be played together much like a modern string quartet. This picture of the Smithsonian Consort of Viola shows the many different sizes playing together. Note the elegant turnout of the leg, although these are clothed more decorously in trousers, rather than those lovely stockings.

English composers such as Dowland and Purcell, and, later, Lawes and Jenkins all wrote for viol consort, often in 3- or 4-movement suites. 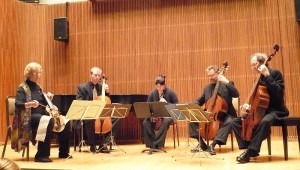 The Smithsonian Consort of Viols

In addition to the pure viol consort, there was also what was known as the ‘broken consort’ where additional instruments, such as the lute or cittern, supplemented the viol sound.

The viol has vanished, replaced by the modern violin and viola, who, with only 4 strings and a louder sound, are very different than this earlier instrument.