Blog
Persistence and the Concept of ‘Grit’
by Frances Wilson August 1st, 2021 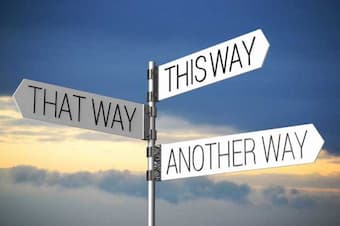 How many times were you told as a child or teenager during your piano lessons that “practice makes perfect”? It’s a well-worn cliché and like most clichés it contains more than a grain of truth.

By “permanent”, I mean a secure knowledge of the music as a whole and its individual components, note accuracy, an understanding and interpretation of markings in the score, and myriad other details of the music as well as the context of its creation.

This security gives the musician another advantage beyond the ability to play the music accurately, technically and artistically; it also fosters creativity. The act of practicing in a very disciplined manner transforms ability into skill, and that skill can then be applied to create. Thus, musicians who have persisted on this path are able to bring greater expression and artistry to their playing, and are able to create exciting and enthralling performances time and time again. These skills are the result of many hours of hard graft combined with a real passion for the task in hand, the cultivation of which is called “grit”, a term coined by psychologist Angela Duckworth, who received a MacArthur Genius Grant for her research into the subject.

“Grit is the disposition to pursue very long-term goals with passion and perseverance……Grit is sticking with things over the long term and then working very hard at it”. – Angela Duckworth

Grit is connected to mastery – the willingness to set to a task with a passion, accepting both triumphs and setbacks along the path and to see these as opportunities to learn and grow. It is also about accepting that a task – be it learning a musical instrument or motor maintenance – is a long-term project, a marathon not a sprint.

Grit is also allied to the “growth mindset” (an idea developed by Dr Carol Dweck), which is the acceptance that one’s ability to learn and improve is not fixed, that the brain grows and changes in response to a challenge, and that setbacks and failure can in fact be the spur to greater endeavour and perseverance. People with a growth mindset appreciate that failure is not a permanent condition, but rather an opportunity to learn.

Both of these definitions apply perfectly to the study of music, and most professional musicians – and quite a few serious amateurs too – would understand and practice the concept of grit, even if they don’t know or use that word to describe their activities. For many amateur musicians in particular, it is “the journey not the destination” which is what makes learning and studying their chosen instrument so compelling. They willingly submit to the task with a genuine passion and actively relish the commitment required to improve their capabilities.


Talent doesn’t make one “gritty” – and natural talent can in fact be a hindrance to one’s development as there is a tendency to become complacent. Talented people may not follow through on their commitments, while their more gritty counterparts are willing to persist in the task.

Grit enables musicians who are serious about the craft and art of music making to continue on the path to mastery with passion and commitment.