Composers Anecdotes
The Organist and the “Virgin Queen”
by Georg Predota January 20th, 2019 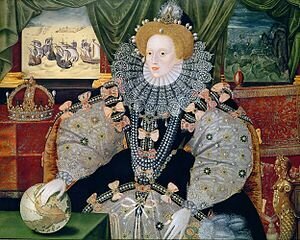 She was the daughter of Henry VIII and his second wife, Anne Boleyn, and everybody knew her as the “Virgin Queen.” Elizabeth I (1533-1603) had various suitors, but in the end she was never swept away by her emotions that she lost her keen sense of political realities. It certainly served her well in defeating the Spanish Armada! She was famously fastidious about her appearance, as it took her ladies a staggering four hours a day to complete the ceremony of dressing and undressing the queen. And she had countless layers of toxic makeup applied to complete her “mask of youth.” There is a famous anecdote of the Earl of Essex bursting into her chambers before she applied her make up, and he joked about her haggard appearance, secretly calling her a “crooked carcass” to his friends. When Elizabeth found out what had been said, she ordered Essex’s execution. Mind you, him raising a rebellion against her in London might also have played a part in his beheading. Interpret it as you will, but Elizabeth certainly had a quick temper. 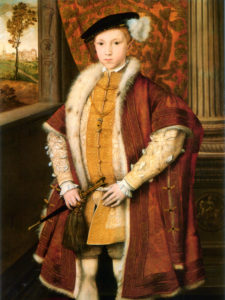 The “Virgin Queen” was rather fond of music, and played the lute and virginal among other instruments. During her reign, she employed roughly 70 musicians, and all her loyal subjects were expected to adopt her interest in music. All noble men were expected to be proficient in playing the lute and “any young woman unable to take her proper place in a vocal or instrumental ensemble became the laughing-stock of society.” She considered dancing a great form of physical exercise, and it was said that she even composed some dance music herself. She also granted special permissions to various music printers, actively helping to circulate music among the amateur musicians of a steadily rising middle class. One day the Queen overheard Christopher Tye (c.1505-c.1573), generally considered to be one of the most influential English composers of his day, perform on the organ in the royal chapel. Apparently, she did not much like the music and sent word that “his playing was out of tune.” Tye supposedly replied, “Tell the queen that her ears are out of tune.” Considering the Queen’s quick temper, Tye was lucky to be allowed to keep his head on his shoulders!