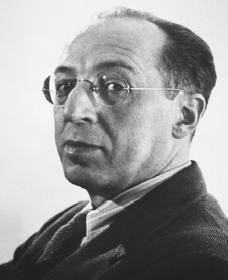 I’m going to face up to a harsh reality here. The clarinet repertoire is small. Admittedly, it’s not as meagre as certain other instruments’ (which I will not list here for fear of opening up innumerable cans of worms), but where the piano and violin are flying in business class, the clarinet often feels like it can’t even get its landing gear out straight.

As much as I try to convince myself that we sort of are on the same level in terms of repertoire, we also sort of, well…aren’t. Is it any surprise that when clarinettists wax lyrical about the Mozart Clarinet Concerto their audience’s eyes, instead of sharing their nostalgic shine, in fact glaze over? Please humour us; we don’t have a lot to hold on to.

This makes the fresh breath of air that is Copland’s Clarinet Concerto seem all the more welcome; as well as being a valuable tool in our arsenal of repertoire, it also offers a unique whirlwind tour of Copland’s musical voices.

In many people’s eyes, Aaron Copland was (and still is) the quintessential American composer. His name is synonymous with the music of the open prairie, of balmy summer evenings, the pioneer spirit, boldly going where no composer had gone before. Luckily for us clarinettists, there’s a piece that nestles in our repertoire that not only explores Copland’s open, expansive sound world, but that isn’t afraid to get gritty and confrontational. 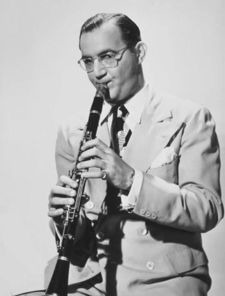 Of course, before we get down and dirty, we sample that classic American sound in the opening bars. A gently rocking three-four rhythm cradles some classic Coplandian chords. The way that Copland achieves this sense of space is by doing just that: spacing the notes of the chords over huge intervals. Whereas traditionally a chord is built up of the root, the third (the third note above the bottom) and (similarly) the fifth, with Copland it’s often the root, tenth, and nineteenth! Both are technically the same chord, the notes are just spaced differently.

But that’s not all there is to it. Yes, Copland can create landscapes like no other, but he’s not afraid to venture away from this. At the end of this heartfelt opening section the clarinet gradually winds up to a cadenza evoking the jazz style pioneered by its dedicatee and premiere performer, clarinettist Benny Goodman. At the end of this frantic melee of syncopation comes a moment of mystery, where for the first time in the piece we really don’t know where the harmony is going. While the clarinettist rests, the orchestra of strings, piano and harp gradually ratchet up the tension to a cascade of scales that then bursts into D-flat major. This section of the piece flits between bouncy, chirpy D-flat (again with Copland’s trademark large intervals) and episodes of intense clustered chords, more reminiscent of the modernist world Copland left behind in Paris (after his years there studying with superstar Nadia Boulanger).

The music flips almost psychotically between elation and aggression (and a fair few in between), and culminates with an extended section of syncopated chords that are incredibly dense – nothing could be further from the serenity of the opening of the piece. These moods are then fused together in the madness of the coda, a frenetic C major with electrical static fizzing out at every change of direction.

At just over fifteen minutes, you get a lot of bang for your buck. And while Copland manages to cram a lot into this short space of time, there is always that feeling of space, that your eye can absorb and delight in the whole landscape before fireworks in the distance snatch your attention away. Of course, he was not the only composer to weld his own voice to popular idioms of the day (Leonard Bernstein being the obvious example), but with Copland you find poise within the foxtrot, individual voices within the crowd. Copland’s music is famous for its balance between order and chaos, and the Clarinet Concerto is no different.