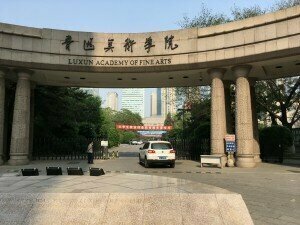 In spite of their huge age gap, Chinese pianist Lang Lang and Japanese conductor Seiji Ozawa share one thing in common — they were both born in Shenyang, China. Maestro Ozawa was born in September 1935, his parents being merchants moving to China shortly before the war broke out. Lang Lang was born in June 1982. Although splitting his time between New York City and Paris, he still calls the city his home, and visits his friends, classmates and parents occasionally.

Pride aside, Shenyang is hardly a musical city. Serving as the ancient capital of Manchuria before the Qing court moved to Peking, and later as the centre stage of war lords during the First Republic, Shenyang used to be called “abide by the heaven” (奉天) or “glorifying the capital” (盛京), a causing factor contributing to its status less to Beijing (or Peking in the old times) in all categories. After 1949, Shenyang enjoyed a close tie with the Soviet Union and a boost in its automobile and aircraft manufacturing industry. Gradually, Shenyang became the powerhouse of the new republic, thus dominating the infrastructure of North Eastern China. 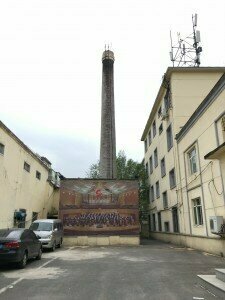 Arts always come as secondary. Named after novelist Lu Xun (鲁迅), the Luxun Arts Academy was founded in Yan’an in 1938, and moved to Shenyang at the height of the civil war. It is the first comprehensive arts college conceived by the Communists. Part of its music division was relocated to Beijing and became the bedrock of the Central Conservatory of Music; what remained was turned into the Shenyang Conservatory of Music and Luxun Academy of Fine Arts, both celebrating 80th anniversary this year.

But that was not what brought me to Shenyang. The provincial capital of Liaoning, which, together with Jilin and Heilongjiang, form the North Eastern China, once best known for its heavy industry, rich agricultural and foresting resources. When state-owned megacorps were restructured, monopolies disemboweled and environmentally-challenging industries shut down. The once blessed Shenyang, struggled to restore the city to its former glory. Shenyang Symphony Orchestra (SYSO), probably the only one privately owned orchestra in North Eastern China, and definitely one of the very few in this country, may offer exactly what the city most in need: spiritual renewal. 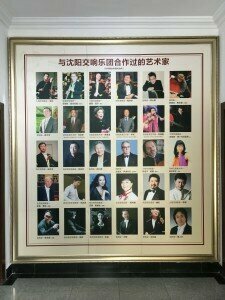 A menacing chimney overlooks the office compound of SYSO. There used to be a factory where there was a boiler underneath the chimney. Now the boiler was removed, the chimney alone maybe the gentle reminder of the city’s industrial past. The top two floors of the building are the dormitory for non-locals.

Within the compound is the rehearsal hall together with several rehearsal rooms for sections. The orchestra has 80 musicians with an average monthly salary of RMB 4,000 yuan for tutti players, a well-off remuneration according to the city’s income hierarchy. It is solely owned and funded privately. 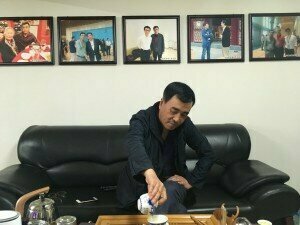 A wall of photos of those who have performed with SYSO in chronological order, most of whom are Chinese musicians. Some of the most recognizable names: conductors Zheng Xiaoying (鄭小瑛) and Li Xincao (李心草), tenor Wei Song (魏松), violinist Chen Xi (陳曦), Japanese percussionist Momoko Kamiya. The hometown star, Lang Lang, is still missing.

Mr Zhai Huanmin (翟煥民) is the first deputy director of SYSO. A former violinist and successful real estate executive, he was appointed to be in charge of the day to day business of SYSO by Wang Jianhua (王建華), the owner and President of Huahao Property who serves as SYSO Director. 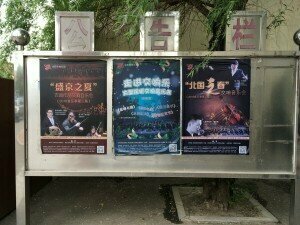 Since its inception in 2014, Wang has spent over 50 million RMB in five years to run the orchestra as a mission to “uplift Shenyang’s cultural profile”. The city of Shenyang offered its support by waiving hall rental up to 12 concerts per season at the Shengjing Grand Theatre managed by Poly Theatres franchise.

SYSO produces a season with approximately 12 concerts in a calendar year plus some courtesy concerts particularly during the New Year’s celebration. Its podium is shared by the Music Director and guest conductors. The orchestra celebrated their 5th anniversary season opening on March 31st in a programme of Liszt Piano Concerto No.1 and Dvořák Symphony No. 8 conducted by En Shao (邵恩), pianist Wu Chun (吳純). Tickets are sold at budget price ranging from RMB 50 to 280. 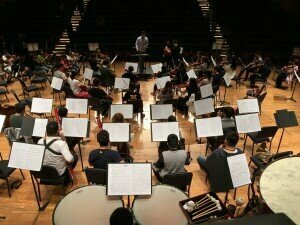 Since mayors, party leaders or cultural chiefs of Shenyang kept moving, the cultural policy of Shenyang needs consistency. Zhai sees the future of SYSO in a more systematic development with an “endowment concept”, which is popular among orchestras in the United States. Philanthropists create a pool of funds to subsidize the orchestra’s projects in which they are interested.

Nevertheless, the orchestra is endorsed by the city as a “cultural calling card” and was invited to perform at the National Centre for the Performing Arts in Beijing in 2016, an official recognition deemed fit. 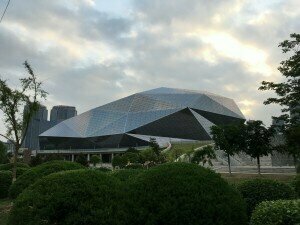 Bian Sicong (卞思聰), a 33-year-old conductor graduated from the Shanghai Conservatory of Music, serves as the Music Director of SYSO. Here, he was rehearsing Shostakovich’s Cello Concerto No. 1 with the 29-year-old cellist Nie Jiapeng (聶佳鵬) at the 1200-seat Shengjing Grand Theatre concert hall on May 12th.

Nicknamed by the local as the “giant diamond”, the spaceship-shaped Shengjing Grand Theatre is home to Shenyang Symphony Orchestra. Inaugurated in 2014, the theatre has three halls: a 1800-seat theatre, 1200-seat concert hall, and a 500-seat multifunction hall. Located close by Hunhe River, it is a result from the rapid urban development plan aiming to regenerate Shenyang’s competitiveness against China’s rich coastal cities in the south.

All photographs taken by Rudolph Tang